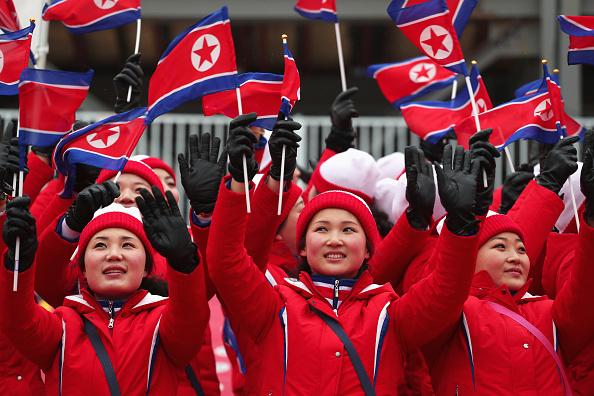 SEOUL, Nov 1: Sexual abuse by officials in positions of authority in North Korea appears to be “endemic”, a watchdog group reported on Thursday, as activists complain the isolated country’s rights record is being ignored amid an international push to improve relations.

Investigators with U.S.-based Human Rights Watch (HRW) interviewed more than 60 North Koreans who had left the country and described unwanted sexual contact and violence as “so common that it has come to be accepted as part of ordinary life”.

Gathering information in North Korea is notoriously difficult, and HRW acknowledged its survey was too limited to provide a generalised sample.

But the testimonies of those involved paint a picture of sexual abuse - including rape - that is so widespread that many of the women interviewed did not always understand that coercive sex should not be an almost every day occurrence, said one investigator who spoke on condition of anonymity because of the sensitive nature of the work.

The #MeToo movement has pushed for an end to sexual abuses around the world, but HRW executive director Kenneth Roth said there appears to be little progress in North Korea, despite economic reforms and a stated intention to modernise the country under leader Kim Jong Un’s authoritarian government.

“This is not a regime-threatening issue,” Roth told Reuters. “So that is why it is particularly appalling that the government is not doing anything to prevent sexual abuse by officials.”

Those interviewed described sexual abuse and rape by police, prison guards, and even officials who oversee some of the growing private markets in the country who exact bribes in the form of sexual favours.

“Ironically, many of the women who are at the centre of the economic opening that Kim says he cares about are the most at risk,” Roth said.

A report on sexual violence in North Korea released in March by the Korea Future Initiative also found that “a thinly disguised misogyny pervades all that the government touches, allowing perpetrators to find shelter in its institutions and society’s patriarchal conventions”.

The North Korean Permanent Mission at the United Nations did not respond to requests for comment, but state media has released a steady flow of commentaries this year, warning that taking issue with human rights could undermine the detente.

As Seoul and Washington focus on diplomatic outreach to North Korea, however, human rights and North Korean defector groups in South Korea have said they are struggling to raise money, cutting jobs and programmes, and facing pressure to avoid criticism of Pyongyang.

U.N. investigators have reported the use of political prison camps, starvation and executions in North Korea, saying security chiefs and possibly even Kim Jong Un himself should face international justice.

A young couple with matching expressions stares nervously into the camera with deep brown eyes. He, a Vietnamese student, has... Read More...

Rain with thunderstorm predicted for today
7 minutes ago