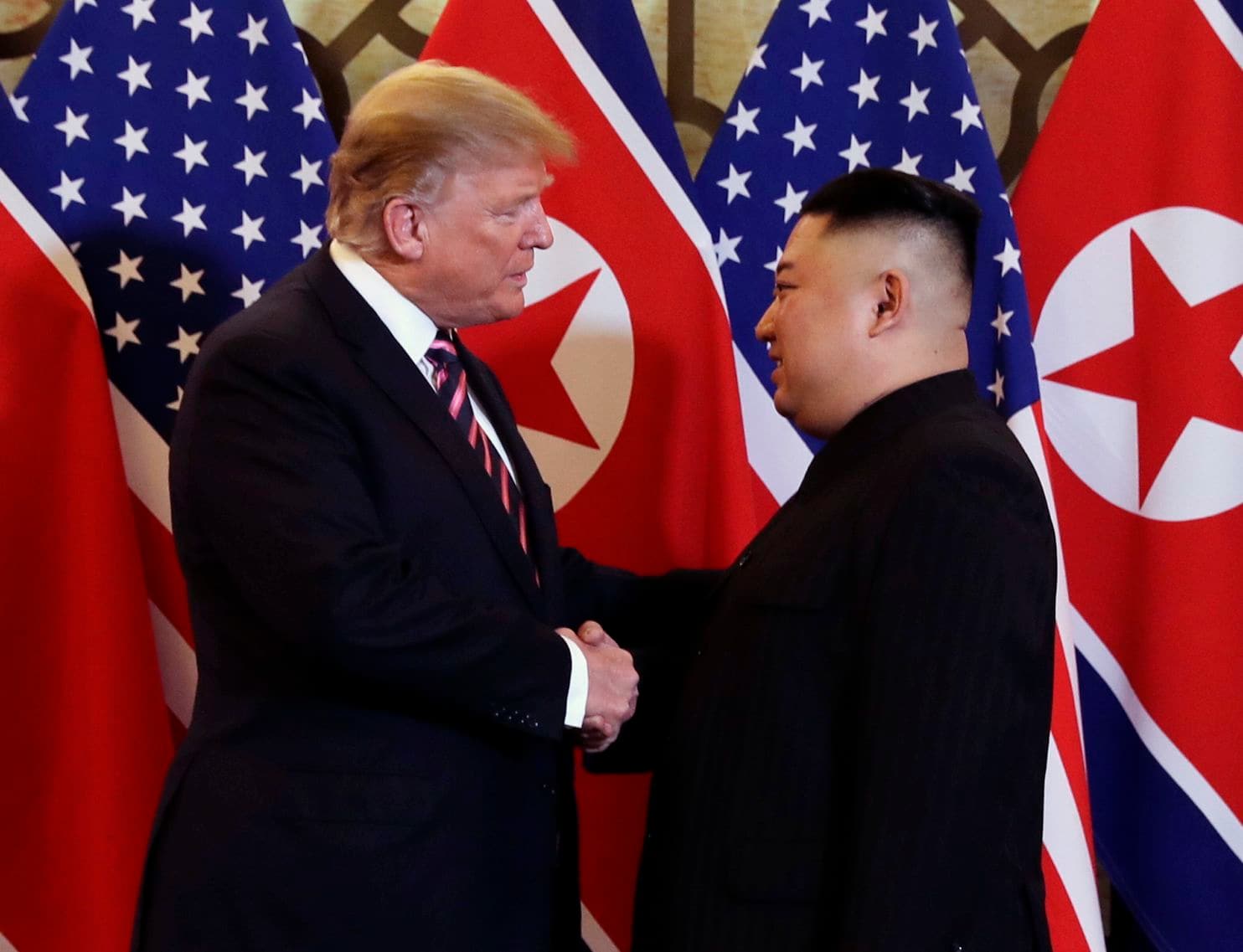 HANOI, Feb 27: North Korean leader Kim Jong Un and Donald Trump met in Hanoi on Wednesday for their second summit, with the U.S. president saying he was not walking back on U.S. demands for North Korea’s denuclearization.

Kim and Trump shook hands and smiled briefly in front of a row of their countries’ flags at the Metropole hotel in the Vietnamese capital, Hanoi.

Trump told reporters he thought the talks would be very successful, while he was “not walking back on denuclearization”.

Asked if he would declare a formal end to the Korean War, Trump said: “We’ll see.”

Kim said they had overcome obstacles to hold the summit in Vietnam and had needed patience since their first meeting in Singapore last year. He said he hoped these talks would be successful.

Trump and Kim are scheduled to hold a 20-minute, one-on-one chat followed by a dinner with aides.

On Thursday, the two leaders will hold “a series of back and forth” meetings, the White House said. The venue has not been announced.

Despite little progress on his goal of ridding North Korea of its weapons programs, Trump appeared to be betting on his personal relationship with North Korea’s young leader, and the economic incentive after 70 years of hostility between their countries.

“Vietnam is thriving like few places on earth. North Korea would be the same, and very quickly, if it would denuclearize,” Trump said on Twitter ahead of his meeting with Kim.

“The potential is AWESOME, a great opportunity, like almost none other in history, for my friend Kim Jong Un. We will know fairly soon - Very Interesting!”

Trump said late last year he and Kim “fell in love”, and on the eve of his departure for the second summit said they had developed “a very, very good relationship”.

Whether the bonhomie can move them beyond summit pageantry to substantive progress on eliminating Pyongyang’s nuclear arsenal that threatens the United States is the question that will dominate the talks.

At their historic first summit in Singapore last June, Trump and Kim pledged to work toward denuclearization and permanent peace on the Korean peninsula. North and South Korea have been technically at war since their 1950-53 conflict, with the Americans backing the South, ended in a truce, not a treaty.

That first meeting between a sitting U.S. president and a North Korean leader ended with great fanfare but little substance over how to dismantle North Korea’s nuclear weapons and ballistic missiles.

U.S. intelligence officials have said there is no sign North Korea will ever give up its entire arsenal of nuclear weapons, which it sees as its guarantee of national security. Analysts say it won’t commit to significant disarmament unless punishing U.S.-led economic sanctions are eased.

In the run-up to the summit, Trump has indicated a more flexible stance, saying he was in no rush to secure North Korea’s denuclearization. He has held out the prospect of easing sanctions if North Korea does something “meaningful”.

The two sides have discussed specific and verifiable denuclearization measures, such as allowing inspectors to observe the dismantlement of North Korea’s Yongbyon nuclear reactor, U.S. and South Korean officials say.

U.S. concessions could include opening liaison offices, ending the war or clearing the way for inter-Korean projects.

Any deal will face scrutiny from American lawmakers and other skeptics who doubt North Korea is willing to give up the weapons.