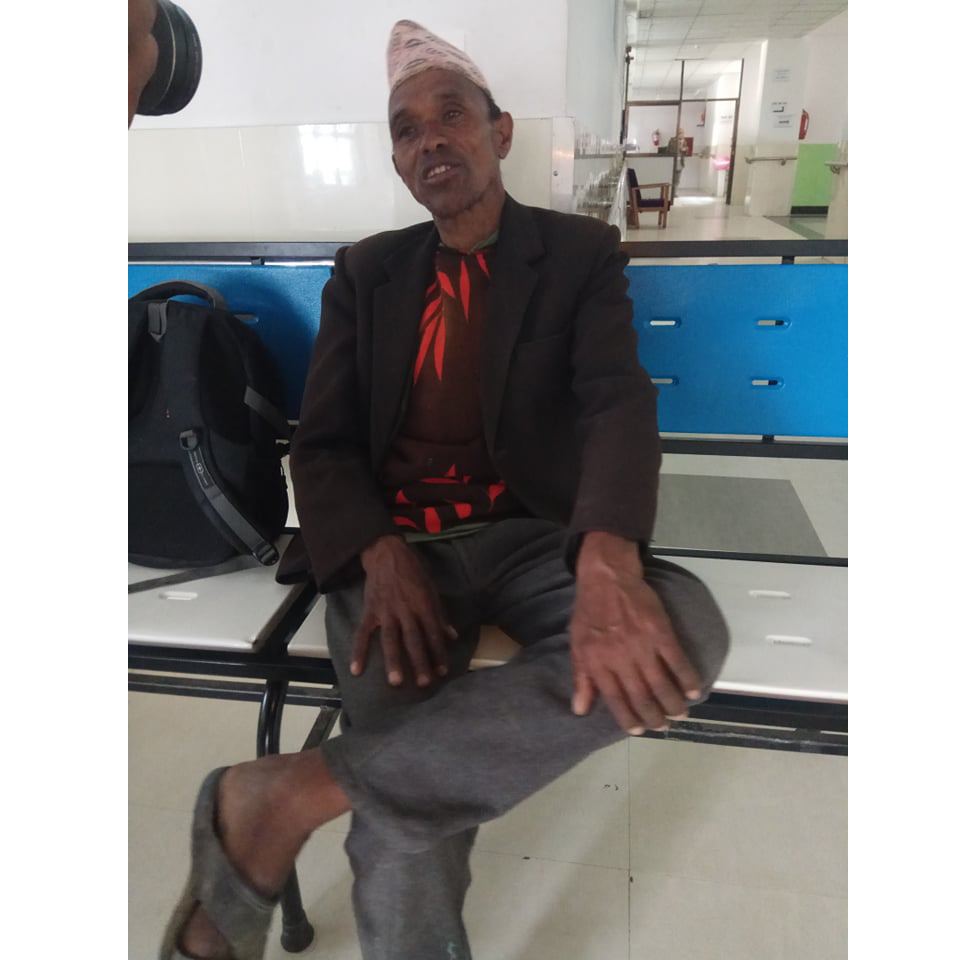 JUMLA, June 6: Five-year-old Bishal Bogati, the only son of Bhakta Bahadur Bogati, 62, of Tila Gufa Municipality in Kalikot district, is undergoing treatment at a hospital in neighboring Jumla for food poisoning.

Bishal fell ill after eating wild berries. After his health condition worsened, he was taken to Karnali Academy of Health Sciences in Jumla.

“He is my only son so you must save him anyhow. If he doesn't survive, there is no point for me to live,” Bogati told doctors at the hospital.

Bogati is among the many people with misconception that one must have a son for social prestige. He says that he had seven daughters in the hope of getting a son.

Bishal is out of danger now but still in the Intensive Care Unit. “I wouldn't have been alive if the hospital had not saved my son's life,” said a thankful Bogati, adding, “The doctors have given a new lease of life to my family by saving my son.”

“Seven daughters were born in the hopes of a son,” Bogati said adding, “He was born as a stroke of luck and I will do everything to save him.”

Six of his daughters have already eloped. His youngest daughter, the only son, and wife are with him.

“If my son had been born earlier, maybe I would have taken better care of my children,” he said adding, “But before him, I had daughters who left me alone.”

Bishal was in critical condition while being taken to the hospital. Even doctors at Karnali Academy of Health Sciences (KAHS) weren't very optimistic about his survival. However, thanks to the skilled manpower and technology, he survived.

Bishwa Raj Kafle, registrar at KAHS, said they put in all their efforts to treat Bogati's son after hearing his pleas to save his only son.

“The wild fruits that Bishal consumed were poisonous, and have had some negative effects on his brain,” Kafle said. After receiving treatment, the patient was able to walk and talk the next day.

Bogati was extremely happy after his son's treatments.

“I wouldn't have returned home if my son was not cured,” Bogati said. He describes the incident as a rebirth of his son and is extremely grateful to doctors at KAHS for their efforts.

BAJURA, Jan 10: A mother and her two sons died of suffocation and burns after menstruation shed where they were sleeping... Read More...

Raute people gear up to celebrate Dashain
12 hours ago