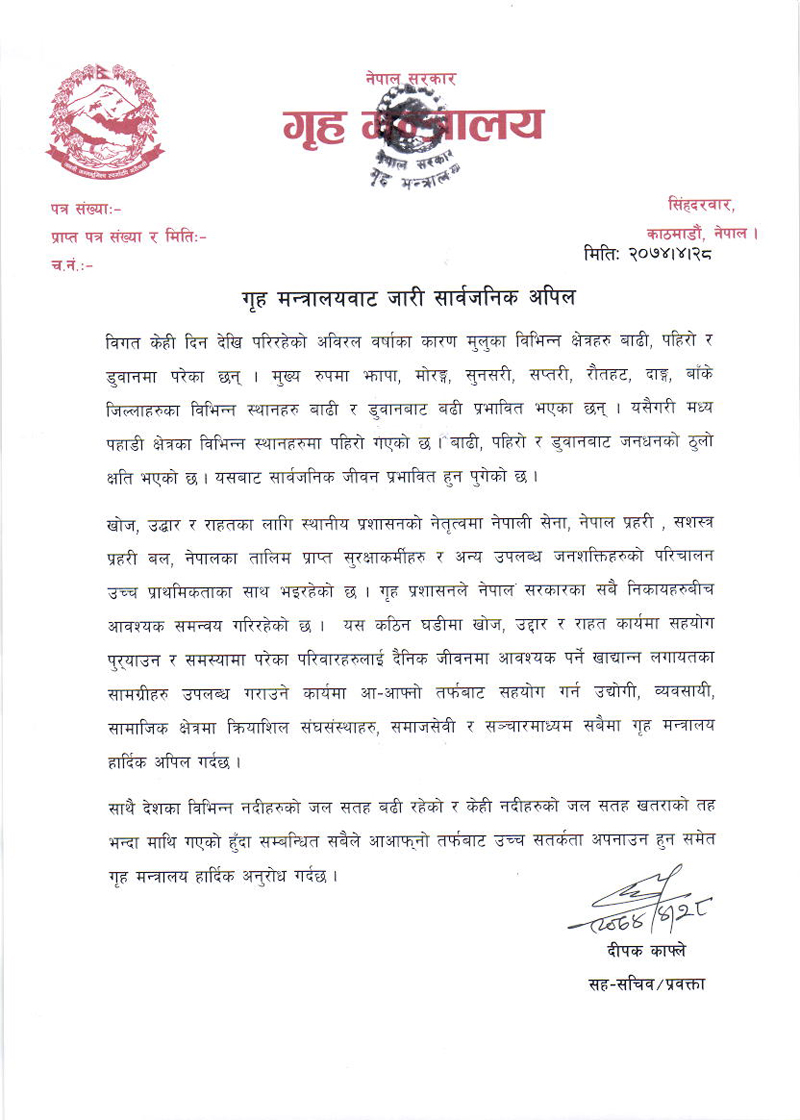 KATHMANDU, Aug 12: The government has mobilised security personnel from Nepal Army, Nepal Police and Armed Police Force for rescue operation and relief distribution for those affected by flooding and landslides across the country, the Home Ministry said.

Trained security forces have been deployed, in coordination with all government bodies, for the rescue operation in the affected areas including Jhapa, Morang, Sunsari, Saptari, Rautahat, Dang and Banke, said the Ministry in a public appeal for help today.

The Ministry's Spokesperson Dipak Kafle requested one and all including industrialists, entrepreneurs, various social organisations and social workers to do their part in providing relief materials and other support to the victims of the natural disaster.

The Ministry also urged people to stay alert as water level in rivers is increasing across the country, threatening to burst embankments and flooding settlements. RSS

PANCHTHAR, Aug 14: While the country is going through very difficult times due to monsoon-induced calamities, there have also been... Read More...