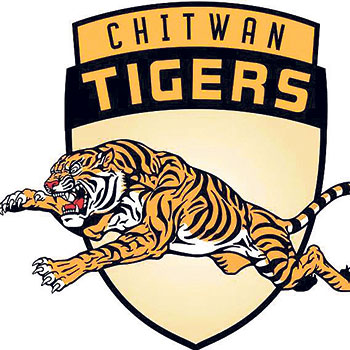 KATHMANDU, Dec 15: Chitwan Tigers has registered their second victory in a row after winning the match against Pokhara Rhinos by seven wickets with six balls remaining in the ongoing Everest Premier League (EPL-2018) at TU Cricket Ground in Kirtipur on Saturday.

After losing the toss against Chitwan Tigers, Pokhara Rhinos were invited to bat first and set the target of 130 runs losing five wickets in the allotted 20 overs. Sunil Dhamala scored highest 51 runs before getting caught by Bhim Sharki in the bowling of GFB Scott. Likewise, Binod Bhandari, Kyle James Coetzer and Rajesh Pulami Magar scored 27, 23 and 12 runs respectively.

In reply, chasing the target of 130 runs, Chitwan Tigers managed to meet the target before an over to go with a loss of three wickets.

Dipendra Singh Airee contributed not out 54 runs while opener Paul Robert Stirling smashed important 55 runs before he was caught by Coughlin in Susan Bhari’s bowling.

Tigers has won against the Rhinos but still it has to wait for match between Kathmandu Kings XI and Biratnagar Warriors in which Warriors will have to lose to Kings XI to entertain Tigers’ hopes of qualification for the next round.