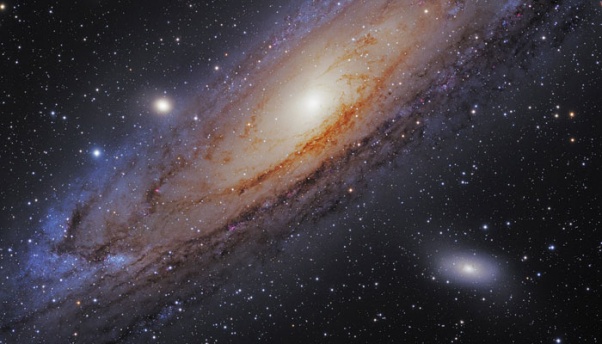 LONDON, March 9: The Milky Way is as heavy as 1.5 trillion Suns and measures 256,000 light years across, according to latest findings.

The measurement is by far the most accurate one of the galaxy, thanks to the data provided by NASA/ESA Hubble Space Telescope and ESA's Gaia mission.

"We just can't detect dark matter directly," Laura Watkins, who led the team performing the analysis, said in an ESA statement. "That's what leads to the present uncertainty in the Milky Way's mass -- you can't measure accurately what you can't see!"

As the dark matter is difficult to calculate, scientists have to weigh the Milky Way by measuring the velocities of globular clusters -- dense star clusters that orbit the spiral disc of the galaxy at great distances.

"The more massive a galaxy, the faster its clusters move under the pull of its gravity," explains astrophysicist Wyn Evans of the University of Cambridge in Britain in the ESA statement.

"Most previous measurements have found the speed at which a cluster is approaching or receding from Earth, that is the velocity along our line of sight. However, we were able to also measure the sideways motion of the clusters, from which the total velocity, and consequently the galactic mass, can be calculated," Evans said.

All of these measurements would not have been accomplished without the data from Gaia and Hubble. Scientists believe that the accurate determination of the mass of the Milky Way would give us a clearer understanding of where our galaxy sits in a cosmological context.