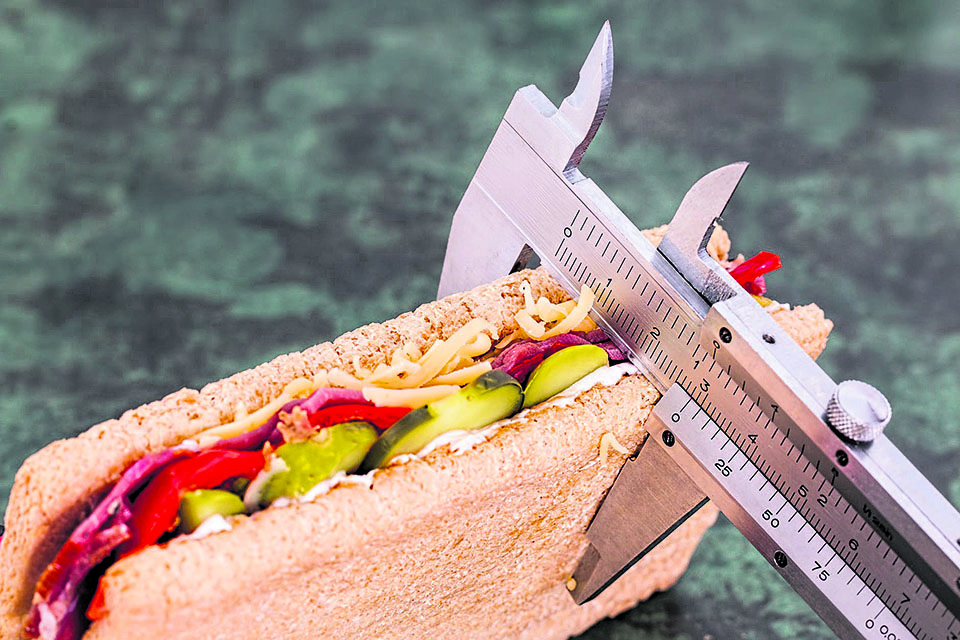 In our society and culture, it’s extremely difficult not to obsess over your weight. The first thing people comment on when you meet them after a long time is your physical appearance. Over the last two years, I have lost nearly 30 kilos. From being a rather large person to now fitting into a size 27 jeans, I have always struggled with weight. I thought reaching my target goal would be enough but when the scale finally showed 50, I wanted to lose more. I lost weight the healthy way but it was after reaching my ideal weight that I started to obsess over weight loss and things took a dark turn.

Initially, I wanted to lose weight because I felt unhealthy. I knew there were many diseases that would ultimately plague me if I didn’t do something about my weight. Diabetes and hypertension were two health woes that really had me worried. I could suffer from them even today (my family has a long history of these problems), but back during my 80-kilo days, I felt at increased risk and that really scared me. I spent many sleepless nights fearing there were ten different things already wrong with my body internally and that I was a ticking time bomb.

Anxiety aside, family members and friends commenting on my looks also didn’t help. I knew many of them were really concerned when they told me to lose weight but the concern also masked their disgust, or so I often felt. There was a relative who stopped speaking to me and would just turn away every time I greeted her. Today, she tries to talk to me and often comments on how fit I look, and I turn away. But that’s another story for another time.

I wanted to lose weight for health reasons. Looking good was just going to be an added bonus. But when I finally fit in smaller sized jeans and t-shirts that I once could only squeeze my thighs into, I fell into the trap of randomly skipping meals and going on one diet plan after another, in hopes of finding the perfect one that would help me shed more kilos and shed it fast. This brought about quite a fair share of health problems of its own. I was never someone who fell ill easily but because I put my body through extreme diets, I frequently suffered from headaches, nausea, and digestion problems.

Not that it deterred me from following a bad diet and not obsessing over my weight. For almost six months after I had lost 30 kilos, I skipped both lunch and dinner. I feared if I ate one “wrong” thing I would once again put on weight. And at that point, I didn’t want to put on even a single kilo. I just wanted to lose more (and more). So I would just nibble on bits and pieces of food – an apple in the morning, a few dates and maybe a small packet of cookies in the afternoon, and watermelon and cucumber for dinner.

I was in no way healthy but I liked the way I looked in the mirror. What began in a bid to become healthier (and thus happier) was now making me extremely paranoid and anxious. I had always enjoyed food but now I feared it. I would go out for lunch with friends and indulge in some pizza and then not eat for the rest of the day. If I were going out for a dinner, then I would starve myself the whole day. I became so obsessed with weight that I was often hungry and cranky if not feeling ill.

And that wasn’t how I ever meant for things to be. I just wanted to lose weight to feel comfortable in my body, and by that I mean physical comfort. Carrying 80 kilos in a small frame makes things difficult. Sometimes I had trouble bending over and I couldn’t sit down with my legs crossed. Now that those weren’t an issue anymore, I had created other problems for myself.

But these problems had more to do with how people viewed my body rather that how I felt. I didn’t want anyone to call me fat ever again. I remember how it felt. And it hurt. A lot. But I also wanted to go back to being my healthy self and to having a good relationship with food. I didn’t want to deprive myself of anything. I wanted to eat and I wanted to eat well. I wanted my plate to have more than just fruits and veggies. I loved the curries my mother made and I wanted to be able to eat without guilt. I wanted pancakes for breakfast. Oh, how I missed it.

The first thing I did to gain that sense of self back was to stop getting on the weighing scale every single morning. I stowed the machine out of sight and made a written promise (to myself) that I would only take it out once a week (on Sunday). Writing down affirmations also helped instead of just deciding on things in my mind. The next thing I did was to consult a dietician who charted out my meal plans for me. I also scheduled monthly visits with her so that I wouldn’t go back to my old ways again.

But the most important thing I had to do was to convince myself that I just had to stop obsessing over my weight. I didn’t want to go back to being my enormous self but I also knew I shouldn’t strive to be paper-thin. Both were unhealthy and I didn’t want to be unhealthy. But it’s really hard especially when the moment you put on even a little bit of weight, people end up saying something about it. With me, they usually say something along the lines of “Oh, so you have started gaining weight again.” Like I am returning to my “normal”. Like being thin, for me, was a temporary arrangement.

I’m, however, trying to come to terms with it and not feel pressurized. I remind myself that I’m doing this for my own health and wellness and not for anybody else and that people are always quick to judge. It’s not easy, I’ll admit. But I know it’s necessary. I’ve decided that I’m not going to be defined by my weight and will embrace food in all its glorious forms. People can say what they want. They always talk anyways. It’s how I feel about myself that matters the most.

The writer loves books, movies, pizza, and the weekend and believes there is nothing a cup of tea can’t solve. You can contact her at sharmadit347@gmail.com.

Anxiety is a common issue in today’s world yet there’s a lot that we don’t know about it or struggle... Read More...

Not getting the required results even after spending hours at the gym? Maybe you should give yoga a try. Apart... Read More...

The term ‘superfoods’ entered our collective lexicon a few years ago, and has been thrown around by health and wellness... Read More...