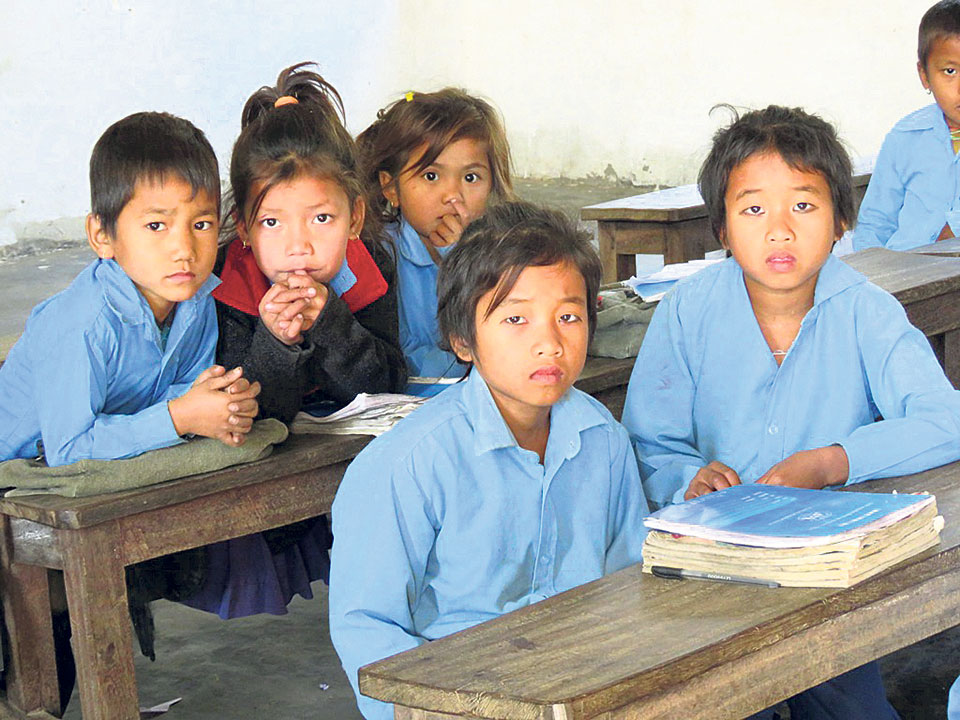 CHITWAN, Feb 18:  Janjagriti Basic School (JBS) at the Bandarjhula settlement in Madi Municipality has 50 students. In the beginning of the academic year, there were 15 students from the Chepang community in the school but most of them have stopped coming to school after the Dashain festival.

JBS provided lunch to its students for two years. In the first year, each student of underprivileged community was provided with a meal worth Rs 12 while in the second year each student was handed with Rs 15 for lunch.

According to Principal Pandit, students even received the money meant for their mid-day meal for the first two months of the current fiscal year but the school could not afford the program after Dashain. "Students were very much regular until they were provided the mid-day meals," said Pandit, adding, "But now it has been difficult for us to make Chepang students come to the school."

The situation is no different at Shree Damar Basic School of Bandarjhula. The school has 114 students of which 88 of them are from Chepang community. Mamata Mahato, teacher of the school laments that the students have stopped coming to the school after the school stopped providing the mid-day meal from this fiscal year.

Mahato says that not only the students but also their parents had started sending their children to school regularly after the school gave the amount meant for the students' lunch to their parents. "A large number of students are missing their classes while some have completely stopped coming to school now," said Mahato.

The mid-day meal program run by the government was conducted for three academic years in Chitwan. Hemraj Paudel, Section Officer at the District Education Development and Coordination Unit, informed Republica that 160 students from the marginalized communities were provided mid-day meal in the last fiscal year.

As the schools have started witnessing a fall in the number of students, they have been seeking solution with the Unit to solve this problem, says Paudel. A total of Rs 18 million was spent on the mid-day meal program every year. The objective was to prevent students from dropping out of schoo and provide a healthy diet to  young children.

For sake of pupils’ pupils, China to ban homework on apps