SC refuses to issue interim-order against Cabinet reshuffle, next hearing on June 22

KATHMANDU, June 8: The Supreme Court (SC), following initial hearings on a writ petition filed against the ‘unconstitutional’ Cabinet reshuffle, refused to issue an interim-order as demanded by the petitioners, on Tuesday.

A single bench of SC Justice Ishwar Prasad Khatiwada, however, ordered both the petitioners and the defendants to be present at the next hearing on June 22, which will discuss questions raised by the petitioners.

The petitioners maintained  the Oli-led caretaker government could not expand or reshuffle the cabinet and demanded the apex court scrap the Cabinet reshuffle by Prime Minister Oli.

Earlier on Friday, last week,  PM Oli reshuffled the cabinet, inducting 10 leaders from Janata Samajbadi Party (JSP) and two others from his own party, CPN-UML. He relieved all ministers from his party except four. 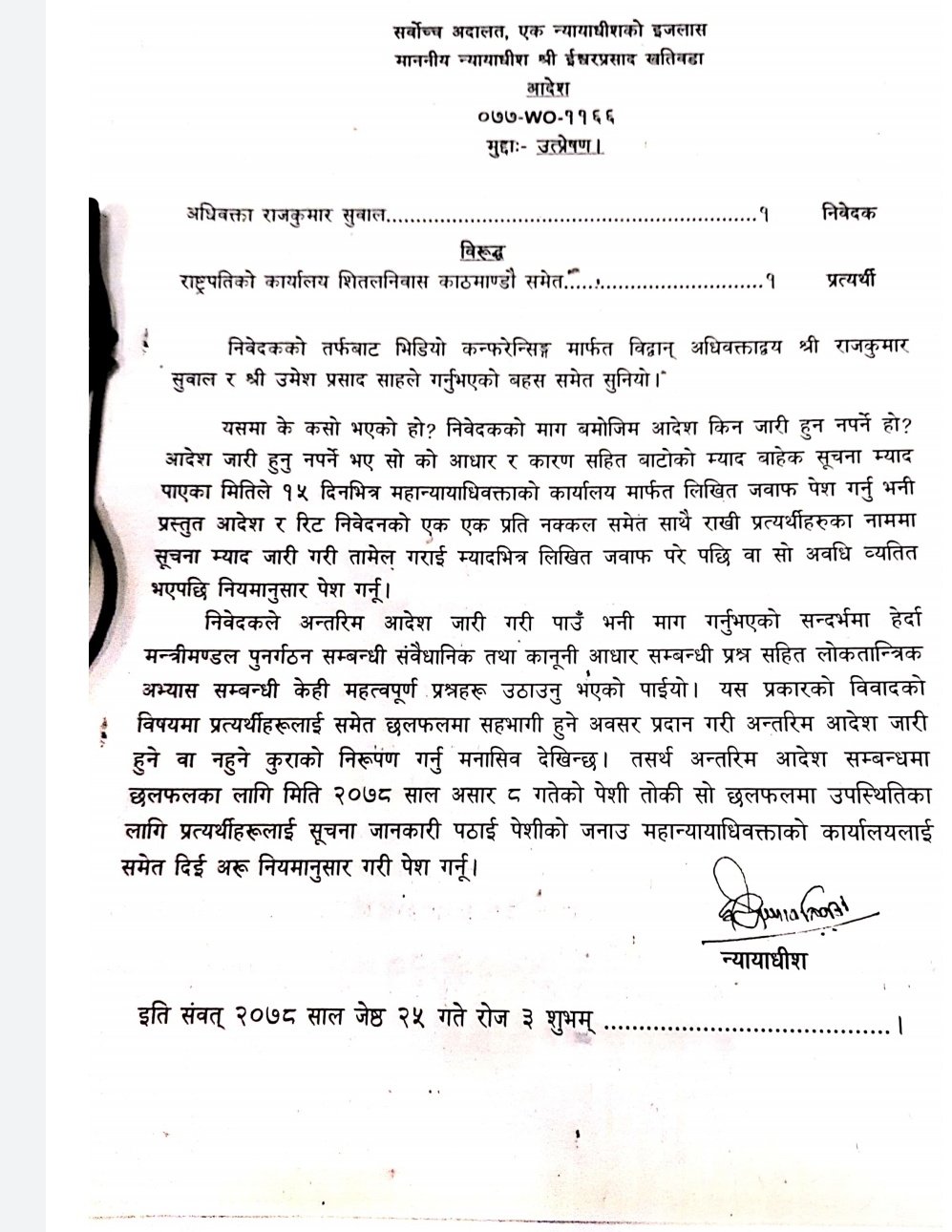