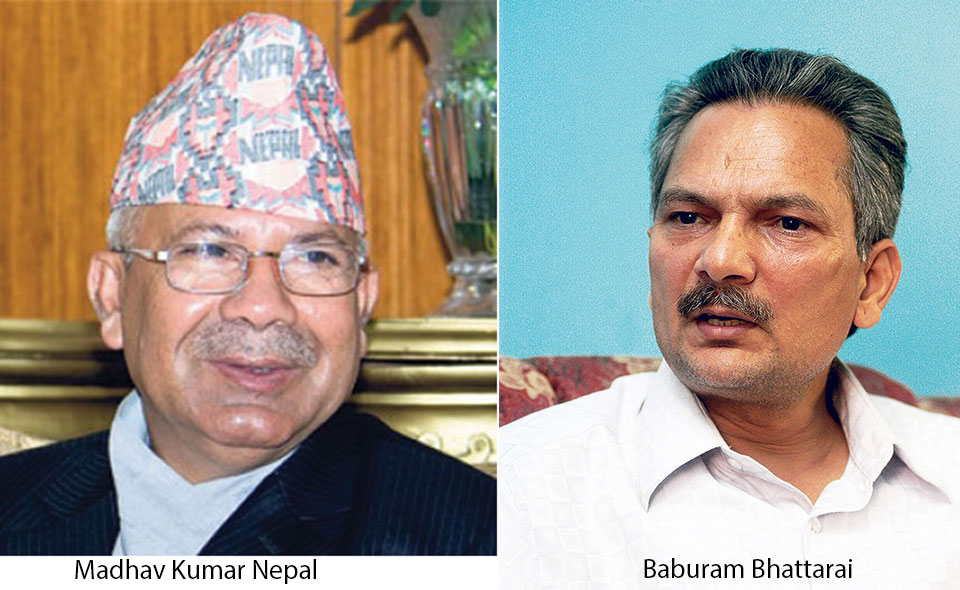 KATHMANDU, Feb 15: The Supreme Court on Friday issued show cause notices to the Commission for the Investigation of Abuse of Authority (CIAA) and other government agencies concerned seeking their explanations for not prosecuting former prime ministers Madhav Kumar Nepal and Baburam Bhattarai in the high-profile Lalita Niwas land scam.

A single bench of Chief Justice Cholendra SJB Rana issued the show cause notices to the CIAA, the Office of the Attorney General and former prime ministers Nepal and Bhattarai asking why they were not prosecuted in the land scam.

The bench asked the defendants to submit their written explanations within 15 days and also scheduled the case in its priority list.

The court order comes in response to a writ petition filed by senior advocate Balkrishna Neupane.

Arguing that the CIAA was biased in prosecuting only former ministers and secretaries involved in the land scam, senior advocate Neupane sought the apex court’s order to prosecute the former prime ministers through a supplementary charge sheet.

On February 6, the CIAA had filed a charge sheet against 175 individuals in connection with the land scam but spared the two prime ministers saying that the anti-graft body does not have mandate to probe cabinet or policy decisions.

Stating that the prime ministers were the final authority to endorse the decision to transfer the government land in the name of private individuals, the petitioner has argued that it was not a policy decision.

The anti-graft body has filed case against Nepali Congress leader and former Deputy Prime Minister Bijaya Kumar Gachchhadar, former ministers Chandra Dev Joshi, Chhabiraj Pant and Dambar Shrestha, and former chief commissioner of the CIAA Deep Basnyat for their alleged involvement in registering the government and guthi lands in the names of various individuals illegally. In the case, the CIAA has sought court order to bring back the 136 ropani of Lalita Niwas land under government ownership and impose fines worth billions of rupees on those involved in the scam.

KATHMANDU, Feb 13: A writ petition has been filed at the Supreme Court Wednesday challenging the decision of the Commission... Read More...