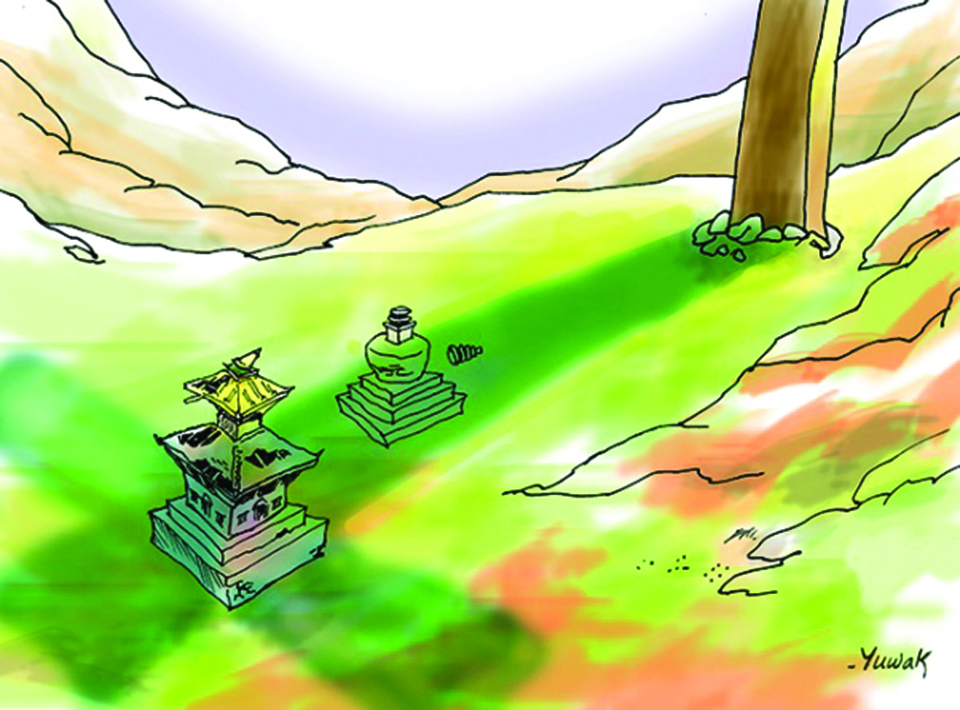 Our secular republic aspires to reflect the pluralistic reality of the plains, hills and mountains. This should be nurtured

Secularism is defined as the principle of separation of state from religion. Therefore a ‘secular state’ is an idea pertaining to secularity whereby a state is officially neutral in matters of religion. It can also be defined as a country which does not base its law on religion or stick to an official state religion. We can also say that a secular state does not favor or discriminate an individual citizen or a community based on any religious belief. Within a secular state, the government does not interfere with religion and its activity as long as such activities are lawful.

Constitutionally, a secular state is not inspired by any religion while formulating its laws and policies. In a modern republic and a true democracy, the establishment of a secular state is therefore necessary if a country is to grant complete ‘equality’ and ‘freedom’ to all religions practiced in the land.

Nations become secular either upon their creation such as India and the United States or after undergoing secularization process from a religious state especially as a result of a revolution or a people’s movement. Two classic examples of the latter process are France after French Revolution and our own country: federal democratic republic of Nepal.

There are only two countries in the world that were initially secular states but changed their laws to transform into a religious state going backward in their course of history. Iran and Iraq are the examples.  Iran had been a secular state since 1925 but the Islamic revolution of 1979 established itself into an Islamic republic. Iraq also adopted a constitution in 2005 that approved Islam as its state religion. Both Middle-eastern countries underwent a very violent and bloody transition during this regressive process.

And then there are many secular states in the world which are ‘ambiguous’ in their constitutional characteristics. These are those countries that define themselves as secular states but have followed policies and laws that contradict the very essence of being neutral and equidistant to all faiths practiced in the land.

The constitutional flaw with such ambiguous secular states is their latent leaning to religious practices of the majority faith followed in the land. Norway is the example of this. It has a constitution that calls for separation of state and religion but requires the monarch to be a member of the Church.

Challenge for Nepal is to become a true, modern secular republic without any bias or leanings to Hindu practices still being followed in government offices and institutions. Otherwise, doubts and fears of many janajatis, dalits and religious minorities may turn into reality and Nepal may stagnate into one of those ‘ambiguous’ secular states.

India’s secular status has meant equal treatment of all religions by the state and not have an official state religion. But it does not necessarily imply separation of state from religion as some minorities have their own religious code—Muslim Sharia law, for example.

On the other hand, Western secularism implies following three criteria: freedom of religion, equal status to a citizen regardless of one’s religion, separation of state and religion. As opposed to Indian secular principles, in the West everyone is equal under law and subject to same laws irrespective of one’s religion. The French practice Laicite which literally means ‘secularity’. This idea bars religious involvement in government and vice versa and bars government interference in religion.

Nepal’s constitution adopted by second Constituent Assembly in September 2015 declared Nepal a secular country. The preamble states that there shall be no discrimination based on caste, language, religion, culture and gender. It recognizes the multi-ethnic, multi-lingual, multi-religious and multi-cultural fabric of our society.

No constitution is absolutely perfect anywhere in the world. As nation and its society changes so does the requirement for progressive alterations in the law book of the land. If the demand of any community is progressive and legitimate as has been the case with some of the grievances of Madhesi group the country should be open to amend the constitution to address those grievances.

However, if the demand is regressive, illegitimate and obliterates the principles of equal rights, recognition and representation on the basis of caste, language, religion, culture and gender such demands should be deemed unacceptable.

The United Kingdom has a flexible constitution that is receptive and evolving to basic legislative procedures. However the constitution of United States is one of the rigid constitutions in the world that places constitutional laws above all other state laws.

The Indian constitution which is the world’s largest constitution tries to strike a balance between being too rigid or too flexible. The French Revolution was based on the three ideals of liberty, equality and fraternity when they created a republic.

The challenge of future lawmakers will be to judge and balance the ‘rigid’ or ‘flexible’ characteristics of our constitution. The fundamental difference between Hindu monarchy and secular republic is that the former imposed one language, one religion, one culture as the official state identity in a richly diverse nation, while the secular republic aspires to reflect the pluralistic reality of the plains, hills and mountains.

A secular state supports neither religion nor irreligion. A believer or a nonbeliever is an equal individual. Its beauty is that it treads on a modern, moderate, middle path of neutrality and tolerance. It does not lean toward either left atheist ideology nor does it lean toward rightist religious statehood.

For the future of democracy, liberal society, pluralism, tolerance and freedom in our young republic, the youths and the millennials who are the citizens of tomorrow must guard themselves from polarizing and divisive right wing ideology based on religious or ethnic lines. They must not fall for or be brainwashed by such extremist ideologues.

Their dynamism, energy and ideas should not be diverted and must remain focused to transform Nepal into a peaceful, prosperous, progressive and modern nation.