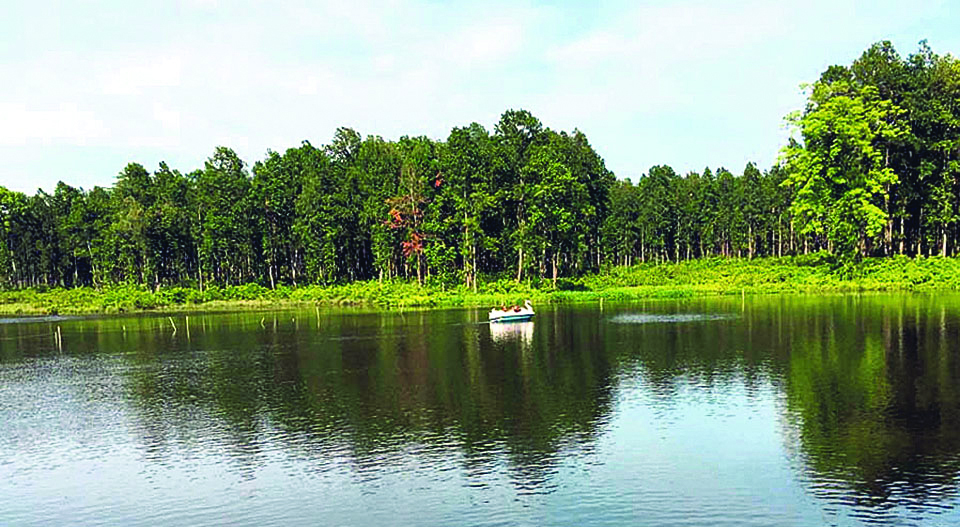 The author is a student at Institute of Forestry, Pokhara
news@myrepublica.com

Despite multiple benefits, wetlands have received little attention from climate scientists and policymakers, aggravating their deterioration

A wetland is a distinct ecosystem that is inundated by water. According to Ramsar Convention, wetlands are areas of marsh, fen, peatland or water, whether natural or artificial, permanent or temporary, with water that is static or flowing, fresh, brackish or salt, including areas of marine water the depth of which at low tide does not exceed six meters.

Wetlands are considered to be vital for human survival. They are among the world’s most productive ecosystems and cradles of biological diversity that provide the water and productivity upon which countless species of plants and animals depend for their existence. They play an important role in landscape function, including cycling of carbon, water and nutrients, food and fibre production, water purification, regulation of flows, provision of habitats and tourism and recreation services.

Wetlands are also believed to be planet’s most effective natural carbon sinks and have unrealized potential to mitigate climate change. Despite occupying only five to eight percent of the earth’s land surface, wetlands hold 20 to 30 percent of the global soil carbon.  All types of wetlands are carbon sequestering systems, from temperate freshwater wetlands to boreal peatlands.  Plants in a wetland are the key to carbon storage as they absorb carbon dioxide from the atmosphere through photosynthesis which is one of the hazardous green-house gases and a driver of climate change.  Moreover, the standing water in wetlands reduces the amount of respiration of that carbon dioxide back into the air.

In a terrestrial ecosystem, especially in a forest, plant parts fall to the floor and they get decomposed there returning some part of the carbon dioxide back into the atmosphere whereas wetlands tend to accumulate this litter over thousands of years and they tend not to decompose everything so carbon builds up in the soil for a long time. Furthermore, terrestrial wetland soils also function as carbon sinks and can store carbon produced by upland agriculture, forestry and other land uses. As carbon, in the form of organic material (such as eroded soil, leaves, and tree debris), is washed into low lying wetland areas, is deposited into wetlands where it becomes part of the wetland sediment through decomposition or burial.

Contrarily, drainage and degradation of wetlands can release significant amounts of this stored carbon back into the atmosphere in the form of methane and reduce the ability of wetlands to sequester additional carbon, which consequently triggers climate change.

In spite of so many benefits, wetlands have received little attention from climate scientists and policy makers, aggravating their deterioration. Hence, there is an urgent need to protect wetlands from disturbance in order to improve their conditions and avoid emission of green-house gases into the atmosphere.  Acquiring a widespread evaluation of our existing wetlands is critically important because we are losing wetlands in a considerable way globally. Introducing better management practices can help protect these stores of carbon and the ability of wetlands to sequester it.  Also, local governments should emphasize on conserving and promoting explored wetlands and exploring the unexplored ones.

The author is a student at Institute of Forestry, Pokhara