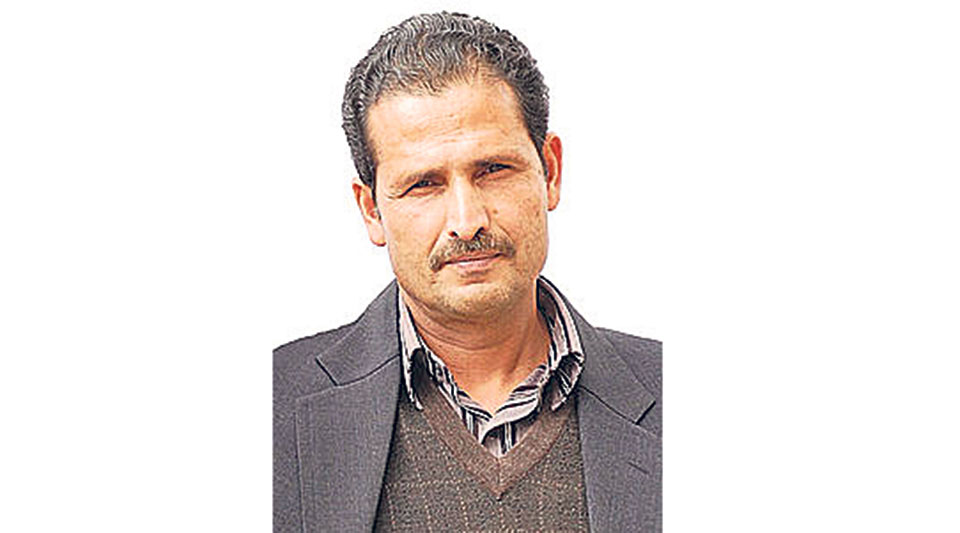 KATHMANDU, Jan 22: Nepal Communist Party (NCP) leader Agni Prasad Sapkota is all set to be elected speaker of the lower house of parliament unopposed as no other lawmaker contested against his candidacy.

A meeting of the House of Representatives on Sunday is scheduled to formally announce his election to the post.

Sapkota, who is accused of in the murder of Arjun Bahadur Lama of Kavrepalanchowk in 2005 after his abduction, is set to be elected unopposed after the main opposition Nepali Congress (NC) decided not to field candidate against Sapkota in the hope of getting support from the NCP for its candidate for the post of deputy speaker.

NC President Sher Bahadur Deuba in a parliamentary party executive committee meeting told the party leaders that contesting against Sapkota would end the prospect of the NC getting the post of  deputy speaker.

But NC Whip Pushpa Bhusal claimed that NC decided not to field its speaker candidate with a view to respect the neutral position of speaker.

Following NC’s decision, the parliament secretariat received a single application from Sapkota for the post of Speaker on Tuesday. Former speaker and NCP leader Subas Nembang proposed Sapkota’s candidacy, while another former speaker Onsari Gharti and NCP chief whip Dev Gurung seconded it. Nembang was also among the aspirants for speaker from the NCP.

The position of House speaker is lying vacant since early October last year after the resignation of Krishna Bahadur Mahara from the post following a charge of attempted rape.

NCP, despite having majority in the parliament, can hold only one of the two positions between speaker and deputy Speaker due to the constitutional restriction. With the NCP taking the position of speaker, the main opposition NC and the opposition Rastriya Janata Party Nepal (RJPN) are lobbying hard to secure the position of deputy speaker with the support from the ruling party.

The constitution has also made it mandatory for electing a woman among speaker and deputy speaker. The opposition parties vying for the post of deputy speaker have started making preparations to pick a woman candidate.

NC senior leader Ram Chandra Paudel held a meeting with NCP Chairman Pushpa Kamal Dahal on Tuesday to discuss the issue. In the meeting, Dahal assured Paudel that the ruling party is open to supporting NC candidate for the post of deputy speaker, said an NC leader.

NC is likely to pick the party’s whip Pushpa Bhusal for deputy speaker. She had also contested against Shiva Maya Tumbahangphe for the same position two years ago. Tumbahanghpe tendered her resignation on Monday paving the way for her party to take the speaker’s position, which was vacant since the last three months.

RJPN has also been lobbying for the post of deputy speaker by enhancing its ties with the NCP. The party has forged an electoral alliance with the NCP for the National Assembly election.

Senior leader of RJPN Laxman Lal Karna said they have not reached any formal agreement with the NCP for deputy speaker. “But it is clear that RJPN won’t reject the proposal if we are offered deputy speakership,” said Karna.

According to the party insiders, Chanda Chaudhary is the most likely candidate from the party for the post.

Amrita Devi Agrahari of RJPN has also been lobbying for the position. Although both NC and the RJPN have already started necessary homework to secure victory of their candidates, the election of deputy speaker won’t be held immediately, according to senior NCP leaders.

KATHMANDU, May 11: Probably for the first time in Nepali parliamentary history, the the speaker on Friday ordered removal of... Read More...