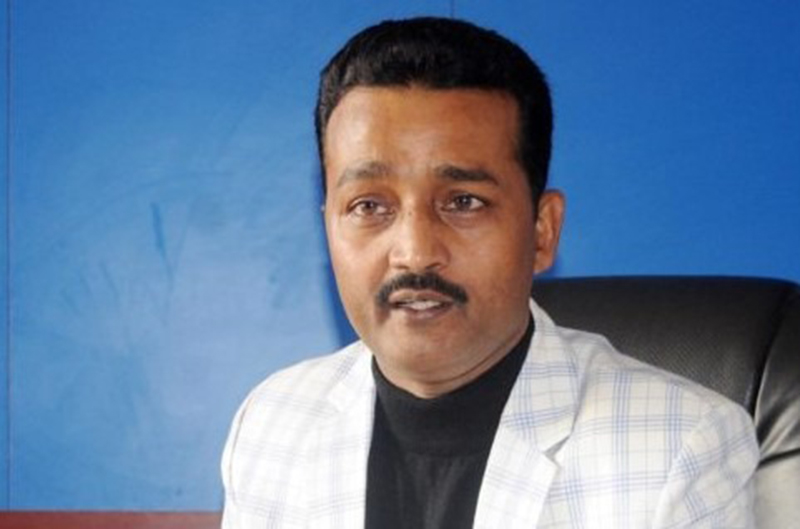 KATHMANDU, June 25: Samajbadi Party Nepal has suspended its lawmaker Pradeep Yadav from the party’s primary membership for six months for his involvement in an event related to the ‘Free-Tibet movement’ held in Latvia last month.

A meeting of the party’s office bearers held in Kathmandu took a decision to this effect on Sunday, a senior leader of the party told Republica Online seeking anonymity.

Yadav, who is an elected lawmaker from Parsa-1, came under fire for breaching the country’s official position to the long-standing One China Policy.

Following the strong objection from the Chinese Embassy in Kathmandu, the party had sought clarification from Yadav over the issue.

Earlier, Chinese embassy officials expressed their objection to Speaker Krishna Bahadur Mahara over the participation of lawmaker Yadav and Rastriya Janata Party Nepal (RJPN) lawmaker Iqbal Miya in the Tibet-related event. However, the RJPN has not take action against its lawmaker’s participation in the controversial event.

However, lawmakers Yadav and Miya claimed that they decided to take part in the event because they were unaware of its link with the Tibet movement. “We were told that it was a meeting of parliamentarians from various countries. As soon as it came to our notice that the event was linked with the free Tibet movement we left,” Yadav told Republica earlier.

The event was organized by the Latvian Parliamentary Support Group for Tibet and the International Network of Parliamentarians on Tibet in May.

According to the website of his government in exile, members of parliament from Australia, New Zealand, France, Romania, Canada, Czech Republic, Lithuania, India, Nepal, Chile, Latvia and UK were present at the gathering held between 7-10 May.

CHITWAN, March 21: Vehicular movement along the Narayangadh-Muglin road section is to come to a halt for six hours daily... Read More...