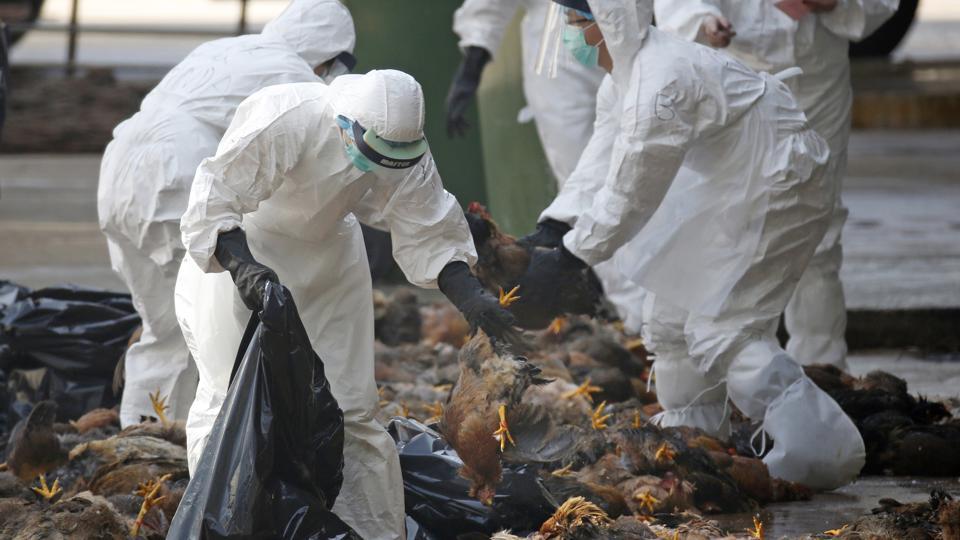 CHITWAN, May 20: Preliminary investigation by a team of five from the Epidemiology and Disease Control Division found that bird flu had not been transmitted to humans yet in Sutarni of Khairbani municipality-9 of east Chitwan.  However, the team, led by Dr Hemanta Ojha has maintained that residents in the area are at high risks of possible infection.

According to the District Public Health Office, Chitwan's chief Bijay Kumar Jha, the team collected blood samples and acquired information about the process of destroying fowls and poultry products

Meanwhile, those poultry farmers who earlier were reluctant to kill fowls reared by them have agreed for so. A meeting held among poultry farmers, suppliers and the government technical team on Saturday reached to an agreement to this end, Chitwan's Chief District Officer Jitendra Basnet said.

Parts of Sutarni in Khairahani-9 have been declared as 'affected zones' following the confirmation of bird flu prevalence there. Import and export of fowls and poultry products has been banned and killings of fowls in the affected areas has neared final phase. Over Rs 70 billion has been invested in poultry farming in Nepal and over 50 percent is centered in the district.

JAJARKOT, Jan 11: The health service camp and awareness program has exceeded to control the epidemic viral flu, spreading in the district... Read More...