Russian rouble leaps to near 7-year high vs euro 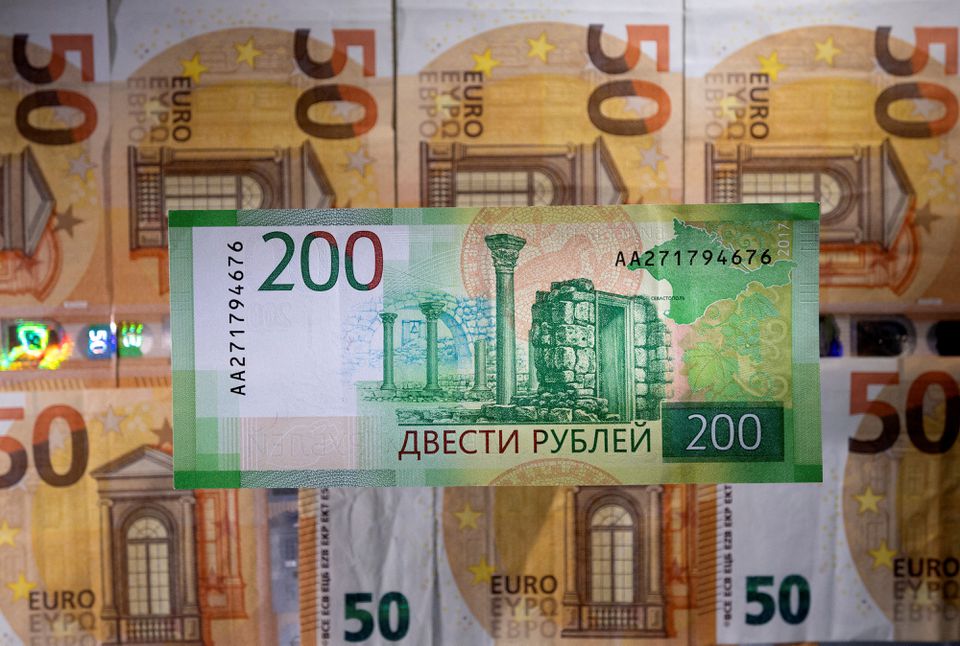 May 24: The Russian rouble firmed more than 6% against the euro on Monday to a near seven-year high, boosted by capital controls, strong oil prices and an upcoming month-end tax period.

The rouble has firmed about 30% against the dollar this year despite a full-scale economic crisis in Russia, making it the world's best-performing currency - albeit artificially supported by controls imposed in late February to shield Russia's financial sector after its decision to send tens of thousands of troops into Ukraine prompted unprecedented Western sanctions.

The rouble is being driven by export-focused companies that are obliged to convert their foreign currency revenue after the sanctions froze nearly half of Russia's gold and forex reserves.

While the central bank and government leave restrictions in place, the rouble could continue to strengthen further in the medium term, said Tinkoff Investments analysts.

"Closer to autumn, the exchange rate may start to stabilise nearer to the 60-65 level as imports recover and restrictions are potentially lifted."

Otkritie Bank analysts said the rouble may firm to 55 to the dollar within a month before weakening to 70-80 by year-end.

The supply of foreign currency from exporters, high oil prices and an upcoming month-end tax period that usually prompts export-focused companies to convert their forex revenues into roubles to meet local liabilities are all supporting the Russian currency, said BCS Express in a note.

The Vedomosti daily reported on Monday, citing sources, that the central bank had started purchasing foreign currency in order to stop the rouble's uncontrolled strengthening.

The central bank denied the report, saying "this information does not correspond to reality".

If the central bank were carrying out such interventions, the effect on the rouble rate would be more noticeable, said Promsvyazbank analysts.

"Nevertheless, such news could influence the behaviour of market participants and provoke a weakening of the rouble."

BEIRUT, Feb 6: Syrian opposition rescue teams pulled babies from incubators in a hospital under attack, rushing them to safety in... Read More...

LUCCA, April 10: Foreign ministers from the Group of Seven industrialized nations are gathering Monday for a meeting given urgency by... Read More...