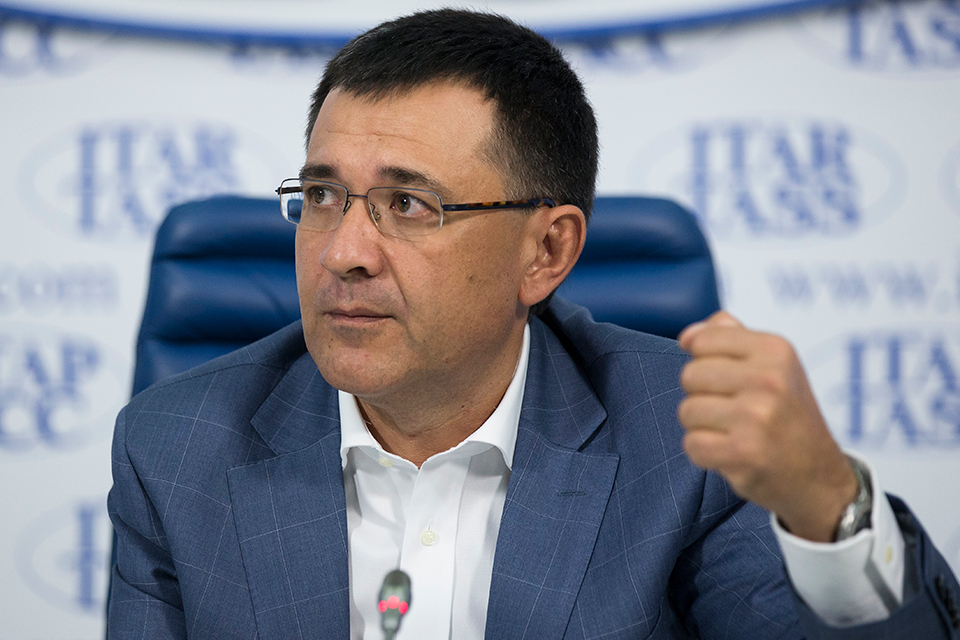 FILE - In this July 11, 2014 file photo, Valery Seleznev, a prominent Russian lawmaker and the father of Roman Seleznev who was arrested on bank fraud and other charges earlier this week in the United States, speaks to the media during a news conference in Moscow, Russia. (AP)

SEATTLE, April 21:  Federal prosecutors want the Russian man convicted of hacking into U.S. businesses to steal credit card data to be sentenced to 30 years in prison and ordered to pay $170 million in restitution.

But Roman Seleznev's lawyers say his troubled history, poor health and willingness to help the government catch other cybercriminals should be considered when deciding his sentence.

Seleznev, the son of a member of the Russian Parliament, was first indicted in 2011 on 29 felony charges and was captured in 2014. U.S. Secret Service agents, with the help of local police, arrested Seleznev in the Maldives as he and his girlfriend arrived at the airport on their way back to Russia. The agents flew him by private jet to Guam, where he made his first court appearance, and then to Seattle, where he was placed in federal custody.

The indictment grew to 40 counts in October 2014 and his trial was held in August 2016. The jury found him guilty on 38 charges, including nine counts of hacking and 10 counts of wire fraud.

"Seleznev enriched himself by these activities and lived an extravagant lifestyle at the expense of small, hard-working business owners who saw their businesses either damaged or destroyed as a result of Seleznev's attacks," federal prosecutors said in their pre-sentence memo to the judge. "His victims include over 3,700 different financial institutions, over 500 businesses around the world and millions of individual credit card holders."

His prosecution is "unprecedented," the deputy U.S. attorneys who worked on the case told the judge.

"Never before has a criminal engaged in computer fraud of this magnitude been identified, captured and convicted by an American jury," they said. That's why his sentence should reflect the severity of his crime, they said.

"There is tremendous public interest in deterring cybercrime," prosecutors said.

Seleznev's lawyer, Igor Litvak, told the judge that leniency is appropriate. Seleznev has accepted responsibility for his crimes and deeply regrets that his actions caused financial losses to various victims, Litvak said.

"Moreover, he wants to actively rectify the consequences of his criminal actions and to use his knowledge and experience to prevent new cyber-attacks perpetrated by others," Litvak said.

To prove his commitment to helping fight cybercrime, he recently arranged to give the U.S. government four of his laptops and six flash drives, and has met with officials to discuss hacker activities, Litvak said.

Seleznev's life story should also be considered, his lawyer said.

His parents divorced when he was 2 years old; his alcoholic mother died when he was 17; he suffered a severe head injury in a terrorist bombing in Morocco in 2011, causing his doctors to say he may not recover; his wife divorced him while he was in a coma, Litvak told the judge. He continues to suffer after-effects from the bombing, including seizures, Litvak said. Medical experts say there's a high risk of "progressive impairment of his cognitive functions" and he must be monitored by specialized medical staff, he said.

KATHMANDU, April 3: Police have arrested a Russian national on the charge of stealing money from the Automated Teller Machine... Read More...

Trump says U.S. election winner might not be known for months
22 hours ago
Regulator makes yet another promise for strict market monitoring during festivals
9 hours ago