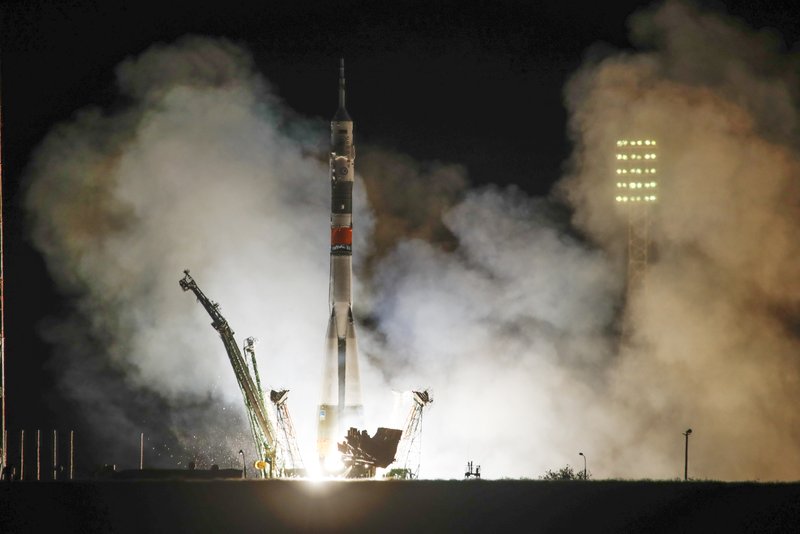 MOSCOW, Oct 4: Six decades after Sputnik, a refined version of the rocket that put the first artificial satellite in orbit remains the mainstay of Russia’s space program — a stunning tribute to the country’s technological prowess, but also a sign that it has failed to build upon its achievements.

And unlike the Cold War era when space was a key area of the rivalry between the United States and the Soviet Union, space research now appears to rank low on the Kremlin’s priorities.

The Soyuz booster, currently the only vehicle that launches crews to the International Space Station, is a modification of the R-7 rocket that put Sputnik into orbit on Oct  4, 1957.

Another Soviet-designed workhorse, the heavy-lift Proton rocket that has been used to launch commercial satellites to high orbits, was developed in the 1960s.

Both rockets established a stellar reputation for their reliability, but their record was tarnished by a string of failed launches in recent years that called into question the Russian space industry’s ability to maintain the same high standards of manufacturing.

Glitches found in Proton and Soyuz in 2016 were traced to manufacturing flaws at the plant in Voronezh that builds engines for both rockets. The Russian space agency, Roscosmos, sent more than 70 rocket engines back to production lines to replace faulty components, a move that resulted in a yearlong break in Proton launches.

The suspension eroded the nation’s niche in the global market for commercial satellite launches. Last year, Russia for the first time fell behind both the U.S. and China in the number of launches.

Clients have increasingly opted for new, more efficient and affordable choices, such as the Falkon 9 built by SpaceX, which broke ground in reducing costs by making its rockets reusable.

Russian officials have recognized the challenge posed by SpaceX and others, but they have offered few specifics on how the nation hopes to retain its place in the global market. The only short-term answer appears to be a plan to manufacture a less-powerful version of the Proton booster to lower costs.

In an astonishing recognition of the depth of Russia’s space woes, Roscosmos chief Igor Komarov declared earlier this week that the Voronezh factory used substandard alloys because of a logistical failure that occurred after a warehouse worker had become ill.

The Khrunichev company that assembles the Proton also has fallen on hard times amid criminal investigations into alleged mismanagement and a decision to sharply cut its assets. Much of the prized real estate it occupies in western Moscow has been designated for development.

Meanwhile, the development of the Angara, a booster rocket intended to replace both the Soyuz and the Proton, has been repeatedly pushed back, and its future remains uncertain. More expensive and lacking the long-established track record of its predecessors, the Angara probably will find it hard to compete with SpaceX rockets and others in the international market.

The first tests of the Angara have been successful, but full-scale production is yet to be organized at a plant in the Siberian city of Omsk.

And while the Soyuz is now the only vehicle for ferrying crews to the ISS following the retirement of the U.S. space shuttle fleet, Russia stands to lose the monopoly soon as the SpaceX’s Dragon v2 and Boeing’s Starliner crew capsules are set to fly test missions next year.

Work on a new spacecraft intended to replace the Soyuz crew capsule designed 50 years ago has crawled slowly. The ship, called Federatsiya — Federation — is tentatively set for its first manned flight in 2023, but little is known about its features and functionality.

Roscosmos also has talked about sending several unmanned missions to the moon in the next decade, but details are yet to be worked out. Attempts to send unmanned probes to Mars in 1996 and one of the Martian moons, Phobos, in 2011 failed due to equipment problems.

Russia also has struggled for years to build its own scientific module for the International Space Station. Originally set for 2007, the launch of the Nauka, or Science, module has been pushed back repeatedly, and a 2013 check revealed that its systems had become clogged with residue and required a costly cleaning. The launch is now tentatively set for next year, but some reports suggest it could be delayed further.

Amid funding shortages, Roscosmos has decided to cut the size of its ISS crews from three to two, a move criticized by many in Russia.

“It’s very bad when we have to cut the number of cosmonaut seats,” cosmonaut Svetlana Savitskaya said in parliament earlier this year. “The situation in our space industry is quite alarming.”

While other space programs faced cutbacks, Russia spent billions of dollars to build the new Vostochny launch pad in the far east as a possible alternative to the Baikonur cosmodrome in Kazakhstan that Moscow has leased from its former Soviet neighbor.

Many questioned the feasibility of the expensive new facility, given the fact that Russia intends to continue using Baikonur for most of its launches.

Work at Vostochny has been dogged by scandals involving protests by unpaid workers and arrests of construction officials accused of embezzlement.

A launchpad for Soyuz finally opened in 2016, but another one for heavier Angara rockets is only set to be completed in late 2021.

Amid massive spending on Vostochny, whose future remains unclear, some have criticized Roscosmos for cutting corners on personnel.

“It’s wrong when instead of fulfilling their task to prepare for space flight they have to find side jobs and a place to live,” Surayev said in parliament.

Several veteran cosmonauts were forced to retire earlier this year amid vicious infighting at Star City. One of the retirees was Gennady Padalka, who holds the world record for the longest time in orbit — 878 days over five space missions.

In a letter released to the media, Padalka urged authorities to fire the director of Star City to prevent the facility from falling into “complete ruin.”