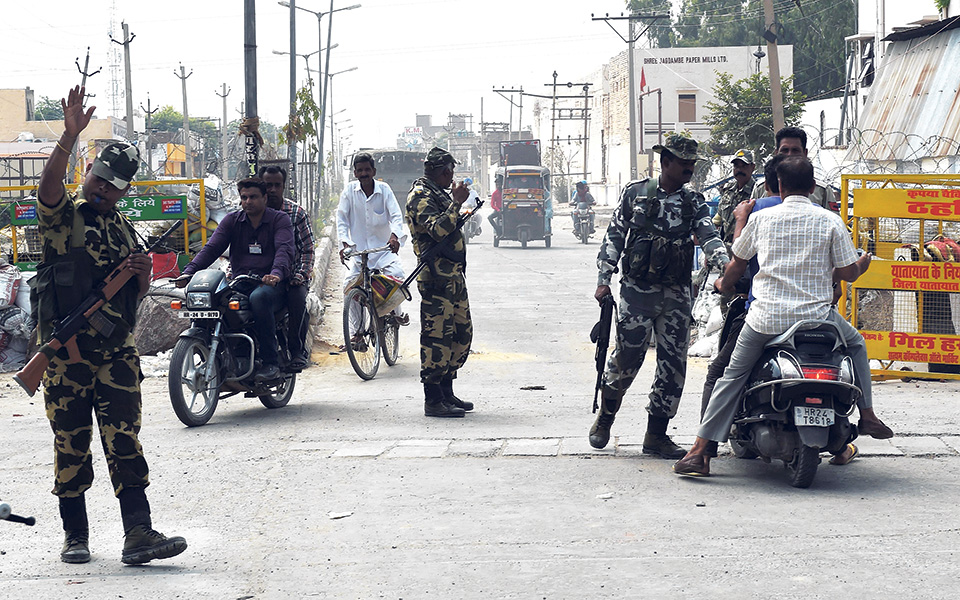 NEW DELHI, August 28: Thousands of supporters of an Indian quasi-religious sect leader left his headquarters in northern India on Sunday as authorities relaxed a curfew a day ahead of his sentencing for rape.

They responded to an appeal by authorities to go home after thousands of followers protested the guru’s rape conviction with violence that left at least 38 people dead in Panchkula and Sirsa towns in Haryana state on Friday. The guru faces seven years to life in prison.

Police spokesman Surjeet Singh said the curfew imposed in Sirsa, where the headquarters is located, was relaxed for five hours on Sunday to help people buy food and other essential items and outsiders to return home.

Singh said nearly 20,000 people had left the guru’s headquarters since Saturday. However, the presence of another 10,000 or so there has raised fears that they may turn violent again after their leader is sentenced on Monday.

The judge will hold the proceedings in a prison in Rohtak town, where the guru, who calls himself Saint Dr Gurmeet Ram Rahim Singh Ji Insaan, has been detained since Friday amid tight security. The guru had denied the charges of raping two women at his ashram in 2002.

Singh said hundreds of government forces, including the army, have been posted outside the sect’s headquarters since Friday’s violence, when mobs set fire to government buildings, vandalized bus stations and government vehicles and attacked police and TV journalists in Panchkula.

B.S. Sandhu, Haryana state’s director-general of police, told reporters on Sunday that 32 people died in Panchkula and another six in Sirsa, while 926 people were arrested for rioting. All but 17 of the 264 people injured in Friday’s violence have been discharged from hospitals in Panchkula.

On Sunday, Prime Minister Narendra Modi expressed his concern over violence and said it was not acceptable to the nation in any form.

“I want to assure my countrymen that people who take the law into their own hands and are on the path of violent suppression - whether it is a person or a group - neither this country nor any government will tolerate it,” Modi said in his monthly radio address, adding that the guilty would unquestionably be punished.

The sect claims to have about 50 million followers and campaigns for vegetarianism and against drug addiction. It has also taken up social causes such as organizing the weddings of poor couples. Such sects have huge followings in India and their leaders often maintain private militias for protection.

Clashes in 2007 between the guru’s Dera Sacha Sauda followers and members of the Sikh faith left at least three people dead in northern India.

In 2014, six people were killed when followers of another religious leader, the guru Rampal, fought pitched battles with police who were attempting to arrest him after he repeatedly failed to appear in court in connection with a murder trial.

Man sentenced to life in prison for killing wife

SAPTARI, June 7: A person has been sentenced to life in prison for killing his wife here at Bodebarasain municipality... Read More...