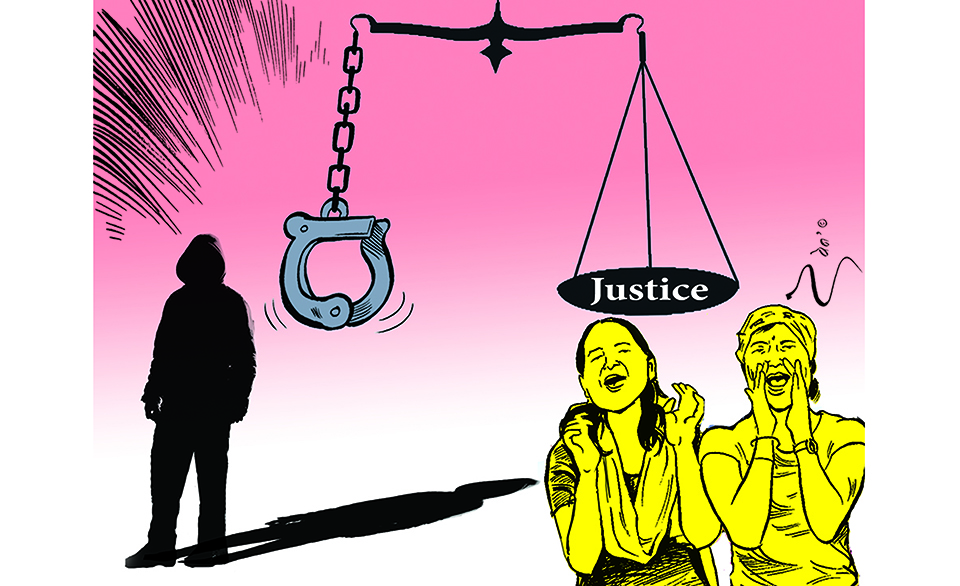 The pressure comes at a time when international rights bodies have raised questions over the recommendations committee formed by the government. The committee has turned dysfunctional as it has failed for months to come up with prospective candidates to lead the TJ process.

Raising issues like the transparency of the selection process, the competence of would-be TJ commissioners and legal clarity, the rights bodies have urged the government to suspend the ongoing commissioners' appointment process.

Amid the confusion over appointing commissioners, former peace minister and ruling NCP leader Janardan Sharma stressed the need for forming the TJ bodies at the earliest. The two TJ bodies—Truth and Reconciliation Commission and Commission of Investigation on Enforced Disappeared Commission—have been left without any commissioners since mid-April.

“We have heard that the recommendations committee is in place. So why has it not yet suggested candidates for the commissions,” said Sharma speaking at Thursday's parliamentary session. “So, I request that the commissions be formed at the earliest and the TJ process taken forward.”

At the parliamentary session, Sharma said the process of addressing the concerns of conflict victims, the truth-seeking process and work related to justice delivery remain incomplete.

Dismayed over the performance of the chiefs and members of both TJ bodies, the government had removed them from their positions even as the terms of the TJ bodies got extended by a year. In the absence of the commissioners, over 65,000 complaints filed against human rights violations remain pending at the TJ offices.

Altogether 57 candidates have applied at the recommendations committee. The committee, however, is now in a fix as the political parties remain divided over whom to appoint as chief of the TRC, where the bulk of the cases of serious human rights violations against top politicians and security chiefs are pending.

Recently, the recommendations committee itself came under question after the conflict victims and the rights bodies put forth the condition that the ongoing commissioner appointments be suspended. They have demanded that the TJ related laws should be promulgated first so that conflict victims can feel assured they will get justice when the commissioners are finally appointed.

Pressed by the international rights bodies, the committee is now informally lobbying the government and had re-approached the conflict victims in an attempt to accommodate their concerns .

“The recommendations committee has asked us to meet with their team tomorrow. But we have not yet decided whether to meet them or not as we have already clarified our position to them,” said Bhagiram Chaudhari, president of Conflict Victims' Common Platform.

Chaudhari, whose brother and sister-in-law were arrested by the then Royal Nepal Army while on their way to Belbhar from Banibhar of Bardiya in December 2001 and are still unaccounted for, said conflict victims want the dissolution of the committee and initiation of a consultative process to appoint the commissioners.

“We also want victim-friendly laws to be promulgated immediately before recommending the new commissioners come in. Otherwise, these commissioners will face the same fate as their predecessors,” said Chaudhari.

KATHMANDU, June 13: A year after unification between the two communist allies-- CPN-UML and CPN (Maoist Center)— and formation of the... Read More...