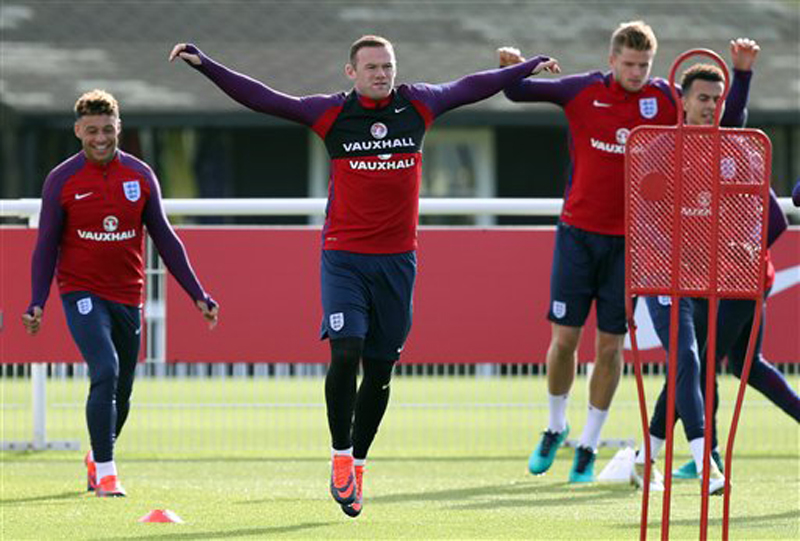 LJUBLJANA, Oct 11: England captain Wayne Rooney has been dropped from the starting lineup for Tuesday's World Cup qualifier against Slovenia.

The 30-year-old Rooney was deployed in midfield in Saturday's win against Malta, when he was booed by sections of the Wembley Stadium crowd.

England's all-time top scorer and most-capped outfield player will be among the substitutes for Tuesday's Group F qualifier in Ljubljana.

"We've looked at Slovenia and the way they play and from when I looked at it I've had in my mind the profile of the midfield that we wanted to play," England interim manager Gareth Southgate said Monday. "In no way is it a reflection on his performance on Saturday. In fact we were very pleased with what he did."

Speaking alongside Southgate, Rooney said he respected his manager's decision.

"I'll be ready to come off the bench if needed," the Manchester United captain said. "I show great pride in playing for my country, whether that's from the start or from the bench.

"Of course you want to be on the pitch, but my role as captain won't change off the pitch."

Jordan Henderson will captain England in Rooney's absence on Tuesday. Eric Dier will take Rooney's place in the starting lineup.

"I don't know what (Rooney's) long-term plans are but he's almost like a coach for us in the dressing room already, that's a huge compliment to his football intelligence," Southgate said.

LISBON, June 7: Portugal coach Fernando Santos still has a lot of doubts about the team he will field in their... Read More...