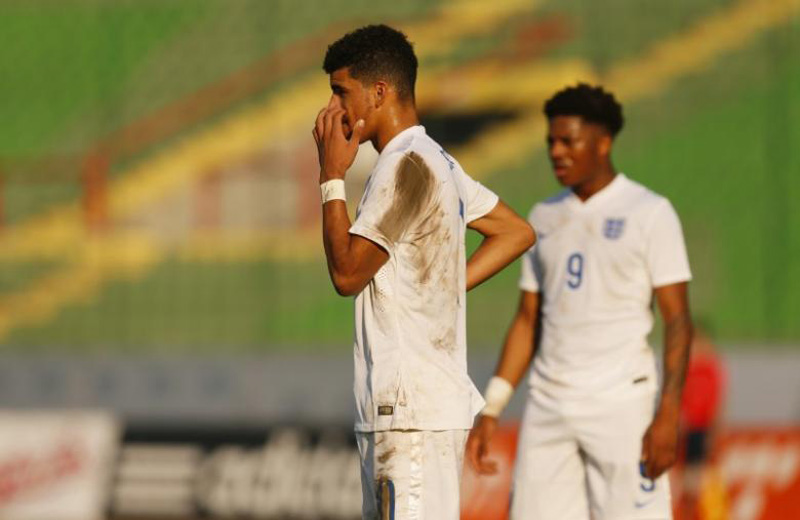 England's newly crowned Under 20 World Cup winners woke to back-page headlines acclaiming a golden generation on Monday and congratulatory tweets from a future British king and one of the country's greatest sporting heroes.

But despite the plaudits from FA President Prince William and Geoff Hurst, hat-trick scorer in the 1966 World Cup final, a spotlight was shone on the difficulty most will face in even securing a club game once memories of Sunday's 1-0 win over Venezuela fade.

England's two standout performers, Dominic Solanke, who scored four goals and won the Golden Ball as the tournament's best player, and Freddie Woodman, who made a superb penalty save in the final, are among those struggling to break through.

Solanke, 19, will join Liverpool on July 1 after rejecting a new contract at Chelsea because out of frustration at the lack of first-team opportunities. Ten years at the club where he came through the Academy yielded just one first-team appearance -- 17 minutes as a substitute in a Champions league game against Maribor.

But Solanke may also struggle to play under Liverpool manager Juergen Klopp who on Monday was linked with a move for Monaco's 18-year-old striker Kylian Mbappe. At Anfield, Solanke will join up with two other under 20 stars, Ovie Ejara and Sheyi Ojo, who remain on the first-team fringes.

The picture is similar for Woodman, whose face appeared on many English newspaper back pages. Last season the 20-year-old Newcastle keeper - godson of national manager Gareth Southgate - was loaned out to Scottish club Kilmarnock and admitted he is unsure where he will play after the summer.

"I am not sure what will happen at Newcastle," Woodman told The Daily Telegraph. "I am just waiting for them to tell me when I am back in pre-season. I am a Newcastle player and my goal is to play for Newcastle one day."

Former Newcastle and England striker Alan Shearer questioned how many of the side, who delivered the country's first World Cup win at any level for 51 years, will see action in a league packed with foreign talent and governed by short-termism.

"Or alternatively how many simply realised that results are all important, finance is all important and dipped into a ready-made option from the foreign market to ensure success?"

England's Football Association will be among those hoping for change after attempting to establish a pathway from youth teams into the seniors, who have underperformed badly in major tournaments for decades.

The FA blueprint appears to be working, as no other England team had even won a match at an Under 20 tournament since 1997 and even failed to qualify four times over 20 years.

Among the clubs most likely to give youth a chance are Everton, who supplied five players to England in South Korea, three of whom – Dominic Calvert-Lewin, Ademola Lookman and Jonjoe Kenny – were in the first-team squad for the final game of last season.

England's captain Lewis Cook is another looking ready to step up after making six first-team appearances for Bournemouth last term.

Of the team who reached the semi-finals in the 1993 edition of the Under-20 competition, only Manchester United's Nicky Butt went on to win a senior cap.

So, unsurprisingly, victorious Under-20 manager Paul Simpson was cagey about predicting too bright a future for his starlets.

"Let's see what comes next and hope they continue to develop. We hope (they) get the football they need and they can go on to be successful."

Hyundai names winners who will be at World Cup Final