RJPN mulling to walk out of Province 2 govt 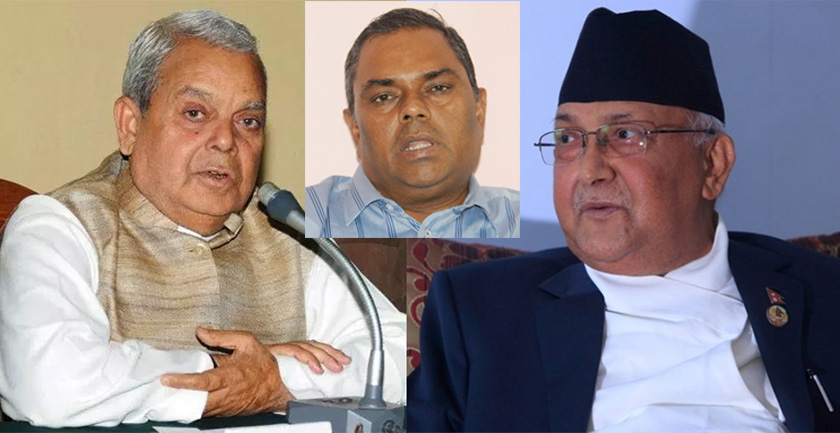 KATHMANDU, June 6: Rastriya Janata Party Nepal (RJPN) is making preparations to walk out of the government of Province-2. Provincial Assembly member Manish Suman, who is also the General Secretary of RJP, said that his party is mulling to quit the Federal Socialist Forum Nepal-led government.

Commenting that Upendra Yadav joined the central government against the spirit of the Madhes Movement, Suman said adding, “The two-point agreement inked between the Nepal Communist Party and FSFN is only the ladder to access power.”

He further said that a meeting of the political committee to be held on Friday will take a decision to this effect and formally withdraw its support to the central government.

“We will not support the two-faced communists and withdraw our support to the central government after taking a decision at a meeting on Jun 8,” Suman said in an interaction organized by Reporters Club Nepal in the capital today.

Suman accused the NCP of deceiving his party by not living up to its promises in which they had expressed commitment that they would amend the Constitution if they voted in favor of the NCP in the elections of President, Prime Minister and Speaker.

Stating that the RJPN is the third largest party in the federal parliament and the largest one in the Province 2, Suman said, “NCP and FSFN have conspired against the RJPN. They are trying to finish RJPN,” he said, warning, “No agreements signed with Madhesi parties bypassing us will have relevance.”

IPOs worth Rs 1.21 billion to be issued
30 minutes ago