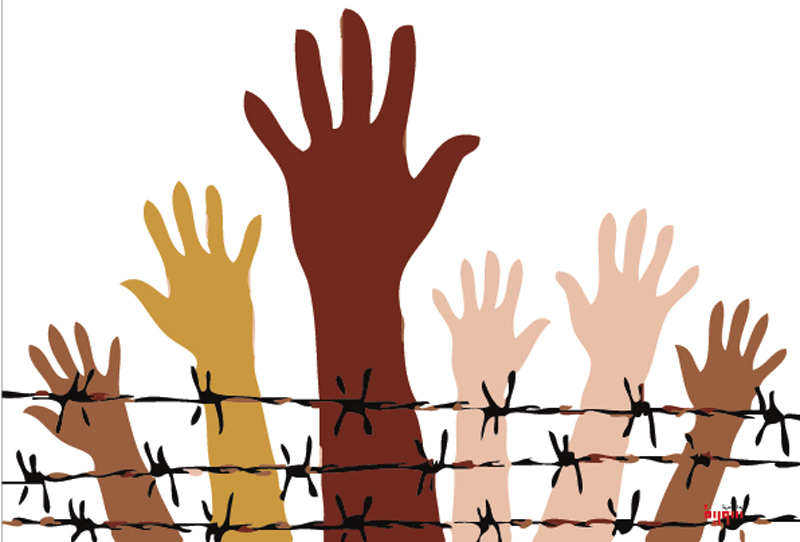 Politics of hate, exclusion and violence have adversely affected the freedom and human rights in Asia
The real sign of development and democracy is how a country respects, protects and promotes freedoms and human rights. The biggest challenge of our times is the increasing gap between the promises and performance of states and governments in relation to the protection of the freedoms and human rights of their people. This challenge is most evident in many countries in Asia, with the shrinking of freedom and democratic spaces resulting in increasing attacks on Human Rights Defenders (HRDs).

Amartya Sen in his acclaimed book Development as Freedom defined development as the expansion of human freedoms and capabilities. However, the biggest paradox among most of the countries in the Asia-Pacific region is that there is a new stress on an economic development model that often leads to ‘unfreedoms’  and  economic and social inequality, where freedoms of people, particularly that of the marginalized groups and the poor are increasingly compromised. There is resurgence in discrimination and the repression of the voices of dissent and democracy in several parts of the region.  China, the biggest economy in the world, in many ways indicates the rise of ‘unfreedoms’ in the most evident manner, despite economic development.

While many countries in the Asia-Pacific region witnessed unprecedented economic growth, it also paradoxically increased the social and economic inequalities, marginalization of religious and ethnic minorities and the shrinking of democratic spaces.

With new nexus of political and economic elites, there is an elite capture of the government. This rise of crony capitalism often leads to the destruction and degradation of the environment, displacement of the poor, and marginalization of people from their traditional habitats. The economic growth centric development model often perpetuates inequality, injustice and violation of human rights and tends to create violence and conflict, undermining freedom and human capability.

Hundreds of human rights activists receive threats from government agencies as well as non-state actors, religious fanatics and those who preach and practice the politics of fear and violence. In the last year alone there are 108 cases of government harassment and criminalization.  The UN estimated that 45 percent of 156 human rights defenders killed worldwide in 2015 were defenders of environmental, land and indigenous people’s rights.

Many countries such as Cambodia, Bangladesh, the Maldives, South Korea, and Thailand adopted restrictive laws that violate the right to association and the ability of civil society to function without fear or favor. Many of the organizations are denied their right to raise resources.

There is an increasing threat to free media and also targeting of the journalists who expose corruption and human rights violations. In many countries, right to information activists, bloggers and writers are specifically targeted by non-state actors, mafias and religious fanatics.

These occurrences are not restricted to specific countries and examples of the same can be seen across the continent. In India, for example, academics and journalists are targeted by the police for writing on human rights or conducting investigations on human rights violations, while also bearing the brunt of religious fundamentalism that is on the rise.  In Pakistan, minority communities and activists are specifically targeted by discriminatory laws and non-state, religious, fanatics, often sacrificing their lives in the defence of their basic human rights. In Bangladesh, the spate of killings of bloggers and journalists has handicapped the freedom to express and smothered the right to dissent. In Cambodia, four well known human rights defenders are in jail being punished for what the UN believes to be a set of rights that are inviolable and universal.

In March 2016, the UN Human Rights Council passed a resolution 31/32 , reiterating  “the urgent need to respect, protect, promote and facilitate the work of those defending economic, social and cultural rights as a vital factor contributing towards the realization of those rights, including as they relate to environmental and land issues and development”.

Despite the larger legitimacy of the UN Declaration on Human Rights Defenders, human rights and environmental activists and organizations are at the receiving end of the government or religious fanatics or both. The increasingly shrill rhetoric on ‘national security’ and ‘national interest’ promoted by corporate and government controlled media houses often targets all human rights defenders and activists as ‘anti-national’ or and working against the ‘national interest and development’.

It is in this period of uncertainty and shrinking civil society space that we must further promote the UN Declaration on Human Rights Defenders. The forthcoming meeting of human rights practitioners and civic activists in Sri Lanka will not only help to build solidarity across Asia but also help reclaim the spaces for freedom, human rights and justice in the region.

The fault lines of Indian regionalism

Although India is competing with China by investing in connectivity in the region, it has not fully embraced economic openness.... Read More...

Under the Trump administration, crony capitalism has taken root, and will now need to be weeded out. Otherwise, the US... Read More...