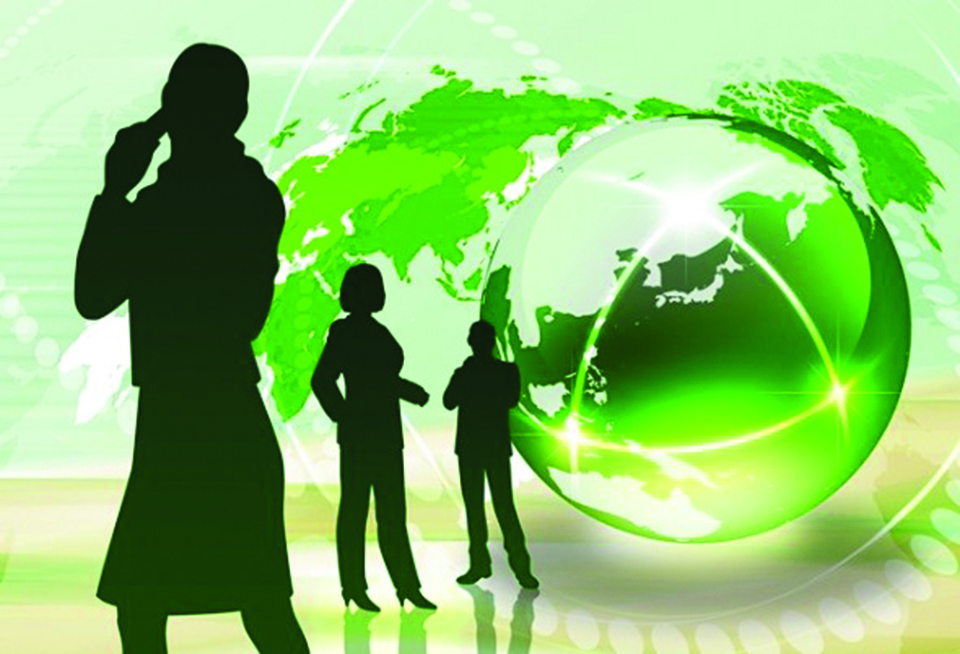 Business and politics have four things in common. First, both have a tendency to maximize utility. If politics seeks to maximize votes business seeks to maximize notes (profits). Second, both like to maximize their utility as fast as possible, meaning they are short-term oriented. Politics does not see beyond next elections. In business, there is a saying “a bird in the hand is worth two in the bush”. Present consumption is preferable to future and more is preferable to less. Third, both have partisan interests. Politics cannot see beyond one’s constituencies. Same goes with business. Business focuses on maximizing shareholders’ wealth. They do talk about stakeholders but the real meaning behind the façade is to exclude opponents and include supporters. Finally, both prefer visible actions. Publicity is the keyword here. That must be the reason why they spend millions and millions of dollars on media and public relation exercises.

Given these similarities, no wonder it is difficult to differentiate between the two. Often business is politics and politics is business. Imagine the two cases that are drawing global attention: The fate of Carlos Ghosn, CEO of Renault and Chairman of Nissan and Mitsubishi now fighting litigation cases related to corporate fraud in Japan and Huawei Chief Financial Officer Ms Meng Wanzhou facing extradition to US from Canada. Where do you separate business from politics and vice-versa here?

Increasingly, people are talking about sustainable politics. Same goes with business. Sustainability is all about resources, time, intergenerational distribution of benefits and costs. These four features are anti-thesis to sustainability. Prof Jeffery Sachs, a renowned economist on sustainable development from Columbia University, argues that the whole economic system that we have adopted is based on consumption of unsustainable fossil fuel. It is doomed to fail unless we take definite climate actions. He recommends the use of renewable energy source like solar power to save the planet from the doomsday of climate change.

The economy we have inherited is also consummative—more is better than less, present consumption is preferable to future consumption. Greed is the underlying feature. Therefore, the problems of sustainability are anthropocentric. We humans are intrinsically biased for present day living. We do have a capacity to think about the future but we are pre-occupied with present day-to-day living and consumption. Richard Fisher recently wrote for BBC: “People are more likely to accept an offer of £10 today, rather than a guarantee of £12 in a week; to smoke cigarettes despite a shortened life; to spend on pleasures, not save for rainy days.”

Henry Ford is quoted as saying “a business that makes nothing but money is a poor business.” Invariably, the purpose of business is to make profit, if and only if it is an indicator of economic efficiency and takes into account spill over effects. However, it will be wrong to assume that the one and only purpose of business is to make profit. The business makes profit so that it can do something more and something better. How the profit is made far outweighs the size of the profit. This is a moral issue for doing business. Doing good by doing well and doing right is the mantra of sustainable business. The concept of profit is being gradually replaced by a value creation. The purpose of business is to create values to the shareholders, employees, customers, suppliers and the society at large.

The systems of sustainable production and consumption speak much about value creation. Since mid-eighteenth century, there have been profound changes in our production and consumption systems. Earlier we produced to consume, now we consume to produce. Excessive focus on consumption has led to depletion of resources, emission of carbon, wasteful production and negative impacts on planet, society and economy. Unless we change our dietary habits—from animal-based to plant-based diets—it is near impossible to save our planet from greenhouse gas emission. Animal farming takes up 83 percent of the world’s agricultural land, but delivers only 18 percent of our calories. A plant-based diet cuts the use of land by 76 percent and halves the greenhouse gases and other pollution that are caused by food production.

We have to give up extractive production and consumption systems. What we need is a circular economy that focuses on zero unrecyclable waste. Recently, Aljazeera ran a story about a Finnish restaurant called Ultima in Helsinki pioneering a closed economy system with zero waste. They not only reduce waste and recycle nutrients but are cultivating their own food on an urban site, thereby making the whole food production and consumption system highly efficient. We are wasting one-third of the food we produce. Imagine the impact on feeding ever burgeoning population just by reducing this waste.

The conventional philanthropic or PR face of corporate business called corporate social responsibility (CSR) is now being replaced by corporate sustainability and responsiveness. The concept of corporate sustainability speaks of creating sustainable values to the people and the planet. One cannot have a successful business in an unsuccessful society and unfavourable environment. The business is embedded into the society and the environment. Also distinction should be made between business responsibility (internal, duty-bound) to business responsiveness (external, accountability).

Look at a tree

The embedded concept of sustainable business draws parallel between a tree and a business. Just like a tree that grows from a sapling, deeply rooted into the soils, uses solar energy, draws in and out carbon dioxide and oxygen respectively, bears flowers and fruits, provides nesting for birds and shades to the passers-by, same principles should be applied while running a business. During winter, trees shed their leaves. During lean periods business must know how to survive. Business has a lot to learn from nature. We need shift in paradigm from business is politics and politics is business to business in nature and vice versa.

Sickle Cell anemia rampant among Tharus in Western Terai, 11% of the indigenous community have the disease
29 minutes ago