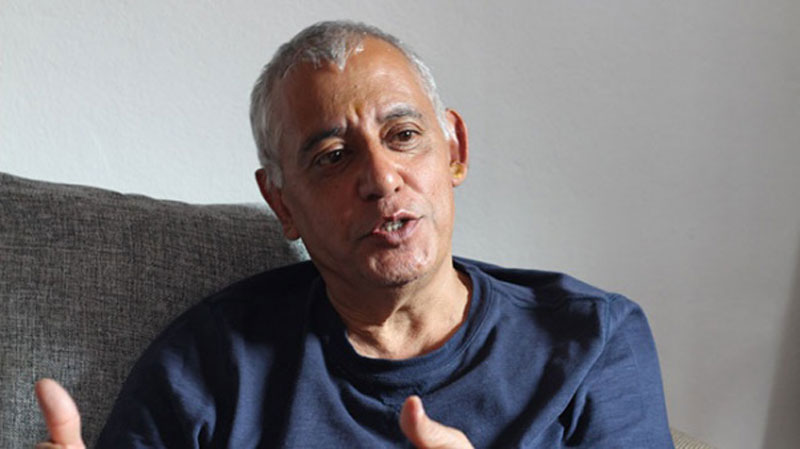 CHITWAN, Dec 13: Nepali Congress (NC) general secretary Dr Shanshanka Koirala has said resignation of the party leadership is not the solution of the hour.

In his exclusive talks to RSS at his private residence at Gaindakot, Nawalparasi, this morning, he called on party leaders and cadres to unite to face the post-election situation.

"The post-poll period in the country demands unity among the party leaders and cadres, not partition. The party will move ahead by preparing a new strategy after immense discussions in the center," he said.

The NC general secretary was of the view of discussing about the demand for resignation of the party leadership in the aftermath of party's unexpected defeat in the recently held elections to the House of Representatives and State Assemblies before taking any decision.

"Let's discuss the issue, purify the party and then take a decision," the party general secretary insisted.

Admitting that he was, in the capacity of party general secretary, also responsible for the party's defeat in the election, he said the central committee would review the results and take more steps to further strengthen the party and regain its position. He believed that change was necessary and attention should be given to make correction in the allocation of party's active membership.

According to him, revision in the party statute is necessary.Formation of the electoral alliance between the two big political parties and party's organisation failing to work effectively were the main reasons behind the NC defeat in the elections, according to his views. There was no need to be disappointed by poll results, however.

"The NC has not finished, instead it has last opportunity for corrections and if this opportunity is grabbed, the party has a very bright future," he claimed.
The world community has also shown its concern over the defeat of the party with a 70 year's history. The neighbouring countries are worried to see the party's position in the election, he added.

As he shared with on the occasion, political leaders of India advised the party to move ahead by reviewing the poll results so not it would see the fate like of the Congress I there.

Stating that BP Koirala, one of the founding members, of the NC had established relations with India and China, the son of the same veteran NC leader pledged to take initiations to further consolidate ties with the closest neighbours.

He insisted on the need of following the socialist ideology to make the country's future bright. "Democracy and socialism will be there in the country until NC remains alive." RSS