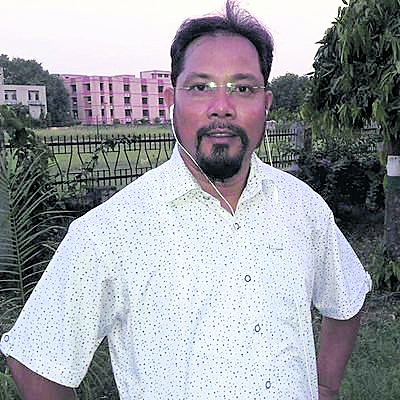 KATHMANDU, Dec 24: Newly elected House of Representatives member Resham Chaudhri will not receive his victory certificate through his attorney. The Supreme Court has decided not to provide his proxy his election victory certificate.

A single bench of Justice Tanka Bahadur Moktan has upheld the writ the previous decision to refuse to register a writ petition demanding an apex court order to the Election Commission (EC) to issue victory certificate to Resham Chaudhari. He is the main accused in the infamous Tikapur massacre on August 24, 2015, who has been elected to the House of Representatives from constituency- no. 1 of Kailali district representing Rastriya Janata Party.

The apex court on December 18, a single bench of Chief Justice Gopal Parajuli had ordered the government to submit the entire related original documents related with Chaudhari who is absconded since more than two years after the incident.

The family of Chaudhary including his spouse and kin visited the Election Office citing that they were there to receive his certificate. The Office informed them about the legal provisions regarding the matter and was send back.  While approaching the Supreme Court, it refused to register the writ petition. To challenge the denial, again Sunil Kumar Chauhan registered the writ on behalf of Chaudhari.

The apex court had refused to register the case citing suspects of murder cases cannot send their proxies to register such cases.

The court has maintained that no one should be allowed to enjoy facilities provided by the law who is avoiding legal trials, otherwise it would promote impunity.

With the verdict Chaudhari’s attempt to take the oath as a lawmaker and attend Parliament meetings has failed.

Chaudhary had registered his nomination at the Election Commission through his representative. Since the notorious incident that ended in tragic deaths of a baby boy and eight police personnel including senior superintendent of police (SSP) Laxman Neupane, he has been reportedly in India. He had used the social networking sites as the means of election publicity campaign.

KATHMANDU, Feb 7: The Election Commission will provide certificate to all unopposed elected candidates of Province-2 at 3:00 PM today. Read More...

KATHMANDU, Dec 25: The Supreme Court on Sunday directed Resham Chaudhari, who was elected a member of the House of... Read More...

KATHMANDU, Dec 15: The Supreme Court (SC) has refused to register a writ petition demanding an apex court order to the... Read More...