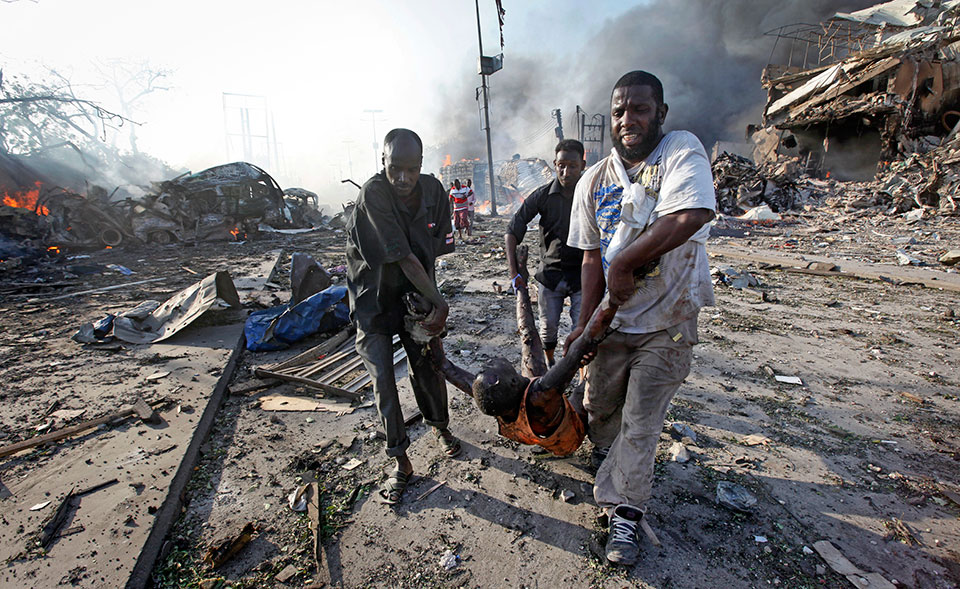 PARIS, Dec 19:  A total of 65 journalists and media workers were killed in 2017, the lowest toll in 14 years, according to figuresreleased on Tuesday by Reporters Without Borders.

The non-governmental organization said 60 percent of those killed were murdered. It added that 326 people working in media — including 202 professional journalists — are also being detained.

According to RSF, 26 people "were killed in the course of their work, the collateral victims of a deadly situation such as an air strike, an artillery bombardment, or a suicide bombing."

It said the remaining 39 "were murdered, and deliberately targeted because their reporting threatened political, economic, or criminal interests."

Overall, RSF said the decrease in deaths is due to journalists fleeing "countries such as Syria, Yemen and Libya that have become too dangerous." But it also noted "a growing awareness of the need to protect journalists."

RSF stressed that some countries which are not at war have become as dangerous for reporters as war zones, with 46 percent of deaths occurring in such places in 2017, as against 30 percent the previous year.

Syria was the deadliest country for journalists, with 12 killed, one more than in Mexico where many journalists have "either fled abroad or abandoned journalism."

The overall downward trend did not apply to women, as 10 female reporters were killed this year, double the previous year's total.

RSF said many of the female victims were "experienced and determined investigative reporters with an abrasive writing style."

RSF said there was a drop of six percent in the number of journalists detained, with nearly half of them held in just five countries, China, Turkey, Syria, Iran and Vietnam.

RSF added that 54 journalists are currently being held hostage by groups such as Islamic State and the Houthis in Yemen.

"Almost three quarters of these hostages come from the ranks of local journalists, who are usually paid little and often have to take enormous risks," RSF said. "The foreign journalists currently held hostage were all kidnapped in Syria but little is known about their present location."

Women For Women Nepal has been hosting an exhibition on the theme ‘Buddhism in Modern Times’ at Newa Chen Gallery,... Read More...

‘Crossing Borders’ an art exhibition with a focus on prints and drawings is taking place from Sunday at Siddhartha Art... Read More...

Corona-infected lawmakers, too, can cast their votes as PM Oli seeks vote of confidence in parliament tomorrow
13 hours ago