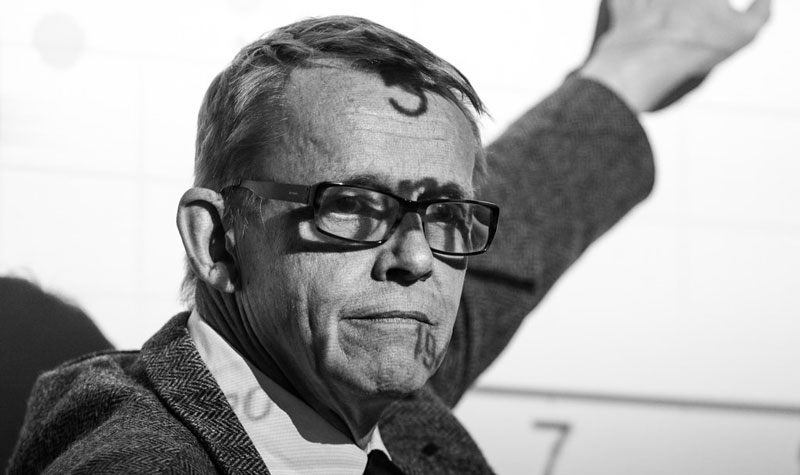 Professor Rosling wanted Nepalis to view themselves more favourably and not get bogged down by bad news
Since he came into spotlight through his first TED Talk in California, the Swedish doctor and professor Hans Rosling (1948-2017) came to be known as a Jedi Master of data visualisation. He believed that while having data is important, it should also be communicated effectively so that it is understood by all.

He had given a presentation on Nepal’s health and overall social development when he visited Kathmandu in August 2014. He opened his presentation by saying—”Nepal is one of the bigger countries in the world [in terms of population size] neighboured by giants”. He always provided evidence when he spoke. After watching his presentation online, I also realised that Nepal was not a small country though we often introduce it as a ‘tiny’ Himalayan nation.

I thought the speech was aimed at encouraging Nepalis to view themselves more favourably, and not only to attract attention. He set the background of his presentation by using infographics on the world’s current population and projections for 2050 and 2100. While showing these figures, he conveyed a very important message that policymakers need to know the size of their service users or beneficiaries in order to plan successful program activities.

Amid the scientific conversation, he also employed his natural humor (‘Since Nepal has two giant neighbours it needs to be careful despite the mountain range’).

It was amazing to see visualisation of Nepal’s under-5 mortality and family size, especially compared to India. Even though India has in the past launched unpopular family planning, Nepal succeeded in achieving comparably lower child mortality and family size. This must be cheering for all stakeholders. Thanks to his talent, he could easily and interestingly use gender equity, socio-economy and medical advancement data to explain population and health outcomes.

Rosling also believed that an economy does not necessarily need to be strong when it comes to achieving objectives directly related to population. He pointed out that Nepal is already a champion in reducing fertility and child mortality with the size of economy it has. By using China for comparison on child mortality, he was also able show that Nepal is making good progress in social indicators.

Numbers as statements
Professor Rosling always used numbers and statistics to make his statements. That was how he succeeded in educating people around the world. He always reminded people to “mind the gap, the world is doing better than you think!”  Along with his son Ola, Hans created GapMinder (www.gapminder.org) to “promote a fact-based worldview everyone can understand.”

I was lucky to attend one of his presentations in London during the ‘World Conference on Injury Prevention and Safety Promotion (2010)’. His presentation in Kathmandu, meanwhile, I felt was aimed at uplifting the spirit of Nepalis disenchanted by political instability and poor economic growth.

The professor of international health and a statistician showed, based on his collected data, how child health had a direct impact on national planning. But he also recognised ways to overcome those challenges.

As one would expect, he had some advice for Nepali policymakers. He alerted them about the future population pattern: even as the proportion of children goes down, the proportion of old age people is rapidly increasing. According to National Planning Commission estimates, there were 1.6 million people aged above 65 years in 2016 and 400,000 will be added to this cohort by 2026. In this period, the biggest increase in old-age population will occur in cities. The need of old people is not well defined in our health and social policies.

Nepal is now working to transform its state structure as well as its health set up. It is heart-breaking when a child saved from death during pregnancy often dies from preventable environmental causes, i.e. injuries/accidents, and non-communicable diseases.

Similarly, air-pollution, mainly in cities, is resulting in premature deaths of people of all ages. Changes in people’s dietary habits and lifestyles are resulting in many diseases that were unknown only a decade ago. Therefore, a lot of work remains to be done.

Nepalis should be inspired by Professor Rosling to keep working to improve their health outcomes.

(You can watch Hans Rosling speaking at UNICEF Nepal at https://youtu.be/Vre_2otsN0M)

The author is a Visiting Fellow at the Centre for Child and Adolescent Health, Bristol, UK

Remembering Avicii, the pop innovator who led EDM into the mainstream

Avicii was an avatar as much as he was a producer. Exploding on to the scene in 2011 with his unabashedly... Read More...

Remembering to not forget