Remembering Avicii, the pop innovator who led EDM into the mainstream 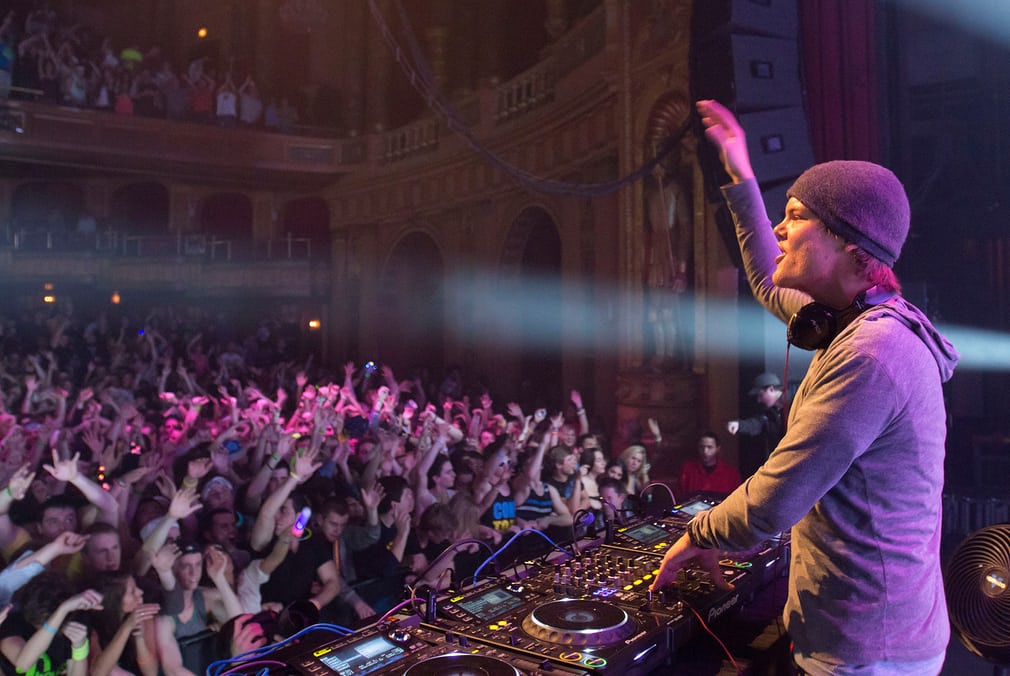 Avicii was an avatar as much as he was a producer. Exploding on to the scene in 2011 with his unabashedly saccharine hit Levels, the Swedish musician born Tim Bergling represented, depending on where one stood, either the best or worst of dance music’s rise in the United States.

Just 21 years old at the time of his breakthrough, Bergling was perhaps an unlikely star. All cheekbones and platinum hair, he never seemed entirely comfortable in the spotlight. Friends and colleagues described him as shy and quiet, a sweet kid with the heart of a technician. In interviews, his responses could come off as canned or reticent, as reporters probed for answers from an artist seemingly more comfortable at his computer assembling tracks.

But his music was a different story. Avicii was one of the first EDM stars to arrive on the scene fully formed, and he hit just as dance music was for the first time gaining mainstream popularity in the US. Discovered on MySpace by veteran Dutch producer Laidback Luke, Bergling took his name from the Buddhist term for hell, avīci, and began pumping out an arsenal of hits that quickly defined a burgeoning genre. Tracks including Levels, Fade Into Darkness and Silhouettes were slick, massive, earnest and unapologetically pop-oriented. With them, Avicii paid homage to influences like Swedish House Mafia and Daft Punk while at the same time creating the tension build and release template still being replicated nearly a decade later.

These tracks became anthems for the millions of millennials gathering at massive festivals to partake in the relentlessly escapist electronic music scene of the late aughts. Avicii’s music was wildly popular among a generation coming of age in the post 9/11 era of perpetual war and economic uncertainty. While grunge and hip-hop had been the bluntly angry clarion calls for previous generations, EDM provided these kids with the spirit of celebration and unity that ran counter to headlines on the nightly news. EDM was collective catharsis, and Avicii was, for a time, the biggest artist delivering it. He was anti-politic, existing in a bubble of champagne and confetti bursts, and his music served as a sonic antidepressant for listeners around the world.

It was a dance dance revolution that didn’t sit well with many veteran scenesters who had been plugging away in the electronic music underground since the late 70s. Shiny, populist and capitalist to its core, EDM ran counter to the defining values held dear by many fringe-dwelling old school scenesters. The kids didn’t care. And neither did Avicii, who crisscrossed the globe headlining the world’s biggest dance music and mainstream pop festivals – Tomorrowland, Ultra Miami, EDC Las Vegas, Coachella and more – and signing on for massively lucrative Las Vegas residences just as the city was establishing itself as the United States’ EDM hub.

Through the guidance of his manager Ash Pournouri, a Svengali type with whom Avicii was deeply close, Avicii raised the pay grade for DJs throughout the scene, pushing into the mid six figures for festival and club sets. With his head floating on billboards along the interstate from Los Angeles to Vegas, he was literally the EDM poster boy.

Onstage, Bergling typically sported jeans, a T-shirt and a backwards baseball cap, with his right hand lifted and moving along to the music while he happily shuffled behind the decks. If he was uncomfortable in the media, the stage seemed to be a sweet spot. He once called attention the worst part of his job, saying, “I love what I do, but I’ve never liked being recognized or being in the spotlight.”

His music earned him a pair of Grammy nominations, one for his work on David Guetta’s Sunshine and another in 2013 for Levels. In a 2013 interview, he told me these nominations were the proudest moments of his career. The freshness and crossover appeal of his sound also brought a line of superstars eager for EDM crossover plays to his door. He co-produced a track on Madonna’s 2015 LP Rebel Heart while Sky Full of Stars, a 2014 collaboration with Coldplay, was a worldwide radio hit.

His own biggest smash was 2013’s Wake Me Up, a folk music crossover that was booed by the audience at Ultra when Avicii debuted it at the festival in 2013. No matter. Featuring singer Aloe Blacc, the urgently uplifting track hit No 1 in more than 40 countries and presciently tapped into the market potential of mixing EDM and country, a template many artists have since recreated. The song appeared on his 2013 solo debut album True, which hit the top 10 in more than 15 countries.

But there were signs of wear and tear too. The tour schedule of the Avicii juggernaut was intense, with him hitting clubs and festivals on every continent except Antarctica and often playing two shows a night. Bergling cancelled his headlining set at Ultra 2014 in order to have emergency gallbladder and appendix surgery. (Deadmau5 stepped in to take his place.) A 2013 GQ profilecaptured the alcohol-soaked hedonism of his life as the boy king of EDM and found Bergling “subsisting on a diet of Red Bull, nicotine, and airport food”. (The article was widely slammed by Avicii fans, with Bergling himself calling it “truly unfair and incorrect”.) In 2014, the addiction rumors were substantiated when Avicii cancelled all of his scheduled concerts due to health problems.

“In the beginning, I’d party a lot … every night was a party,” he told me in 2013. “But I just realized that for me personally, my body and mind couldn’t handle it any more.” He officially retired from performing live in 2016, at the age of 26.

Two years later and Avicii’s publicist has announced that Bergling was found dead on the Arabian peninsula, thousands of miles from his home in Stockholm. “It is with profound sorrow that we announce the loss of Tim Bergling, also known as Avicii,” Diana Baron said in a statement. “He was found dead in Muscat, Oman this Friday afternoon local time, April 20th. The family is devastated and we ask everyone to please respect their need for privacy in this difficult time. No further statements will be given.”

Mainstream popularity can often feel like ritual sacrifice, as we build people up only to stand captivated as they descend – into addiction, into turmoil, into avīci.Tim Bergling’s story has come to a tragic if not entirely unpredictable end, one at odds with the joy of the music he so expertly produced during his brief but influential moment at the top. It’s hard to mourn to a song like Levels that so adamantly denies the darkness. EDM is about joyful celebration in the face of conflict. Perhaps this was Bergling’s undoing. It is also his legacy.

LONDON, August 31: Dozens of floral tributes, photos and personal messages have been laid at the gates of London’s Kensington... Read More...