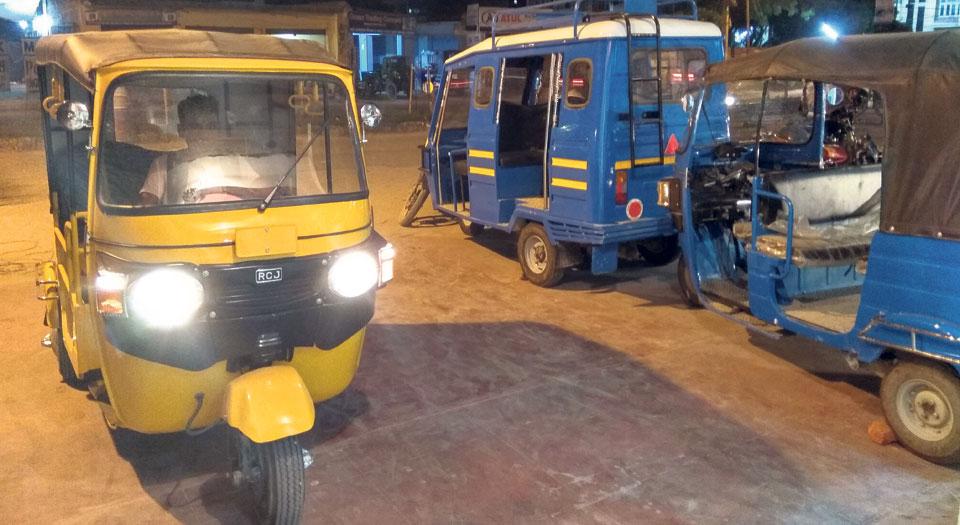 KATHMANDU, Aug 9: The import of diesel-operated three-wheelers has jumped by nearly seven times in Fiscal Year 2016/17 as compared to the previous year.

The huge import of small vehicles however is against the government’s policy of encouraging means of mass transportation service. Government officials in Janakpur and Narayani said that these vehicles are appropriate for narrow roads and for short distance travels. However, government officials are clueless about the new trend.

Regmi also does not have exact answer to why the number of three-wheelers increased massively.

He said: “Demand may have increased the supply, three-wheelers are popular amongst people so the import of three wheelers might have gone up.”

“Three-wheelers are comparatively environment-friendly as their impact on environment is not that high.”

However, traffic engineer Ashish Gajurel does not think so. It would have negative impact on the environment, according to him.

Statistics shows that e-Rickshaw users might have switched to these popular diesel-operated three-wheelers.

Government records show that the number of e-Rickshaws is decreasing. Head of the Birgunj office of the Department of Transport Management (DoTM), Yuvraj Adhikari, said the import of three-wheelers have increased this year in replacement of e-Rickshaw.

“People were attracted to the e-Rickshaw due to fuel crisis following earthquake and blockade,” an official at the DoTM office said: “However as time passed, it turned out to be expensive for the commoners.”

However, this remarkable decrease in the registration of e-Rickshaws was due to registration of previous year’s stockpiled e-Rickshaws in Fiscal Year 2015/16, according to Tulasi Sitaula, former secretary of Ministry of Physical Infrastructure and Transport.

KATHMANDU, June 7: International passenger movement of the country has been projected to increase by six times in the next two... Read More...