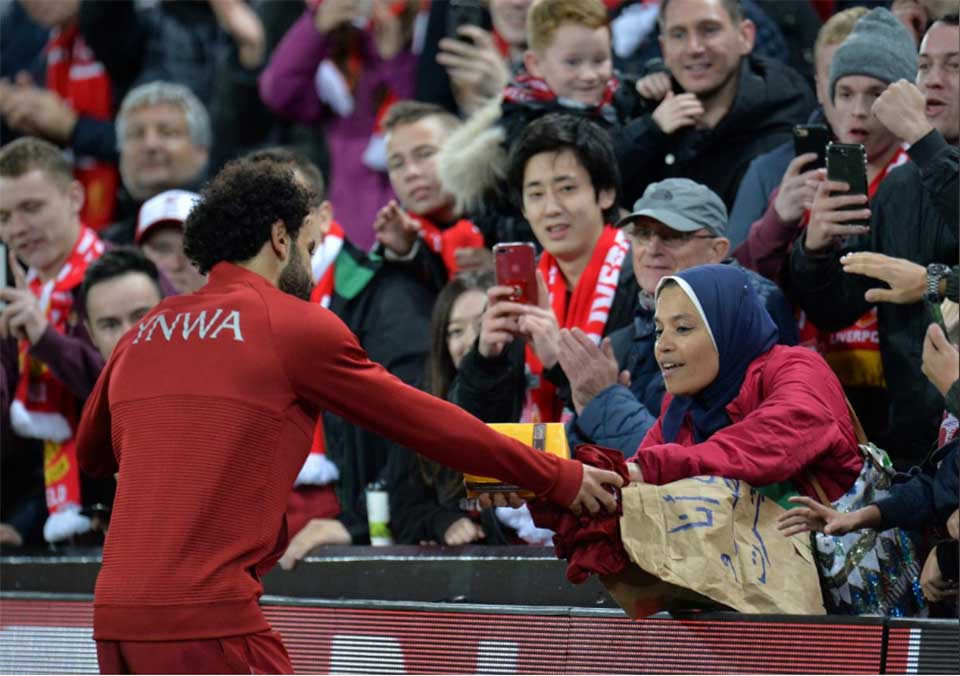 LIVERPOOL, Oct 25: Mohamed Salah put aside any lingering doubts about his scoring form with two goals in Liverpool’s 4-0 Champions League win over Red Star Belgrade on Wednesday, becoming the fastest player to score 50 goals for the club.

Salah’s confident finish after a clever pass from the excellent Xherdan Shaqiri put Liverpool 2-0 up and the Egyptian added his second from the penalty spot after the break.

That makes it six goals in 13 games for the former AS Roma forward and also took him to the milestone of 50 goals for the club.

Salah reached his half-century quicker than any Liverpool player in history, achieving the feat in 65 games - 12 faster than the previous record holder Albert Stubbins in the 1940s.

“The way we play and the system has been different but we know our qualities and we are happy with each other,” he said, referring to the front trio with Roberto Firmino and Sadio Mane.

While Liverpool have made a positive start to the season, Salah and his fellow attackers have not been quite as devastating in front of goal as last season.

The Egyptian’s run of four games without a goal had some wondering if he was capable of getting close to a repetition of his 44 goals in all competitions last season.

Coach Juergen Klopp said he hoped that such talk would now end.

“It’s good that we can maybe stop talking about that, that helps a little bit. I’m not in doubt, he was not in doubt, but if you constantly ask about it, then it’s like something obviously is wrong,” said the German.

“He shouldn’t constantly think about how can I score again? It happens. If you work hard, are in the right spaces, if your team mates see you and you make the right runs, you will score. It’s an exceptional number, hopefully, he can continue. What’s the next record he can reach?” he said with a grin.

Klopp said he was sure that Salah would acknowledge the important role of the team’s providers.

“I think he would say thanks to his team mates, its quite difficult to score goals without these wonderful passes, crosses,” said Klopp.

“The first goal he scored was a genius little link up play by Shaq (Xherdan Shaqiri).”

Swiss international Shaqiri, a close-season signing from relegated Stoke City, was seen by many as a squad player but he is showing the kind of creativity allied with work-rate that could earn him more playing time than expected.

Shaqiri, a Kosovo-Albanian, caused controversy during the World Cup with an eagle gesture goal celebration against Serbia.

The smattering of Red Star fans at Anfield, defying the UEFA ban on the club’s traveling support, jeered the midfielder whenever he touched the ball and a much more hostile reception would be likely for him in the return game on Nov.6.

Klopp asked if he was considering whether or not to take Shaqiri to the Serbian capital, said: “So far, I didn’t think about it, to be honest. It makes sense that I first think before I speak.”

Fire breaks out in Fusre of Dharan
10 minutes ago