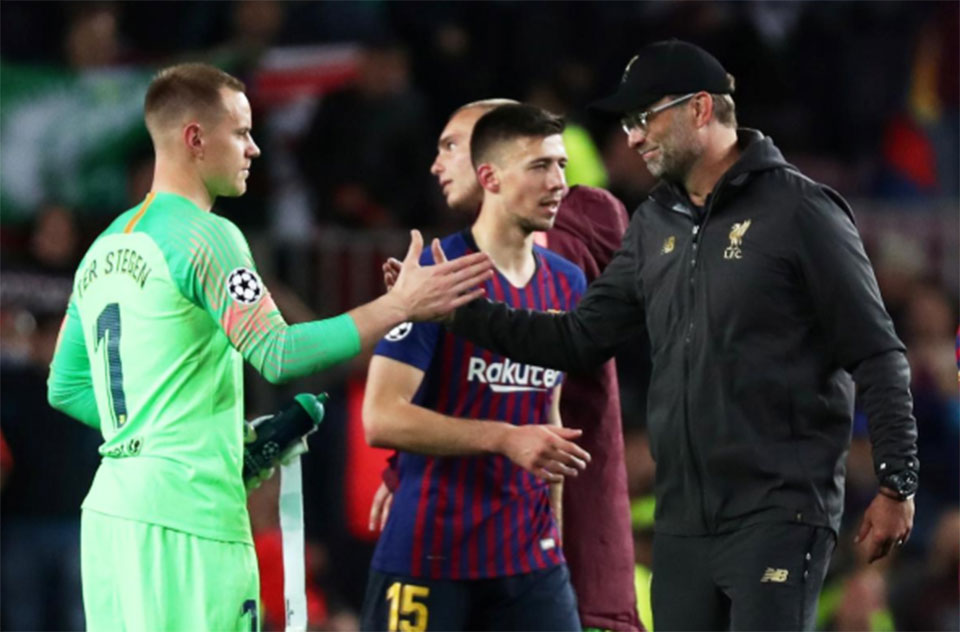 BARCELONA, May 2: Liverpool manager Juergen Klopp said his team could not have played much better despite their 3-0 loss to a Lionel Messi inspired Barcelona in the Champions League semi-final first leg at the Nou Camp on Wednesday.

“Football is like this. It is about scoring goals and they scored three and we scored none but the performance was really good, the boys played a super game to be honest but against a side like Barcelona, a few moments are enough to give them the opportunity,” Klopp said.

“What can I say? I am really happy with the performance but of course not too happy with the result, we have to take that, that’s football and we know that. You don’t get grades, only a hard result and we have to accept that.”

Liverpool went in 1-0 down at the break but after dominating the early part of the second half, Messi struck twice including a superb long-range free kick.

Klopp’s side had their chances too with James Milner having two shots saved and Mohamed Salah striking the post.

“We went in at halftime, analysed the half, told the boys what we can do better and what have to do it again. I don’t know if we can play it much better to be honest,” he said.

“But then you have that one moment, the ball hits the crossbar….. and then Messi is there for an easy goal. Then a wonder strike again, that is how it is. That ball was obviously unsaveable,” Klopp added.

“Barcelona showed they had more experience. We saw that in the moments when they stopped our rhythm, going down, but that’s part of the game,” the German said.

Liverpool must now try to turn the game around at Anfield, an even harder task without an away goal.

“3-0 is not the easiest result but we have another game (second leg) and our people will be there,” he said.

BARCELONA, May 2: Lionel Messi put Barcelona on the verge of the Champions League final with a devastating double in a... Read More...

Keita and Firmino give Liverpool 2-0 win over Porto

LIVERPOOL, April 10: Goals from Naby Keita and Roberto Firmino earned Liverpool a 2-0 win over Porto on Tuesday as... Read More...