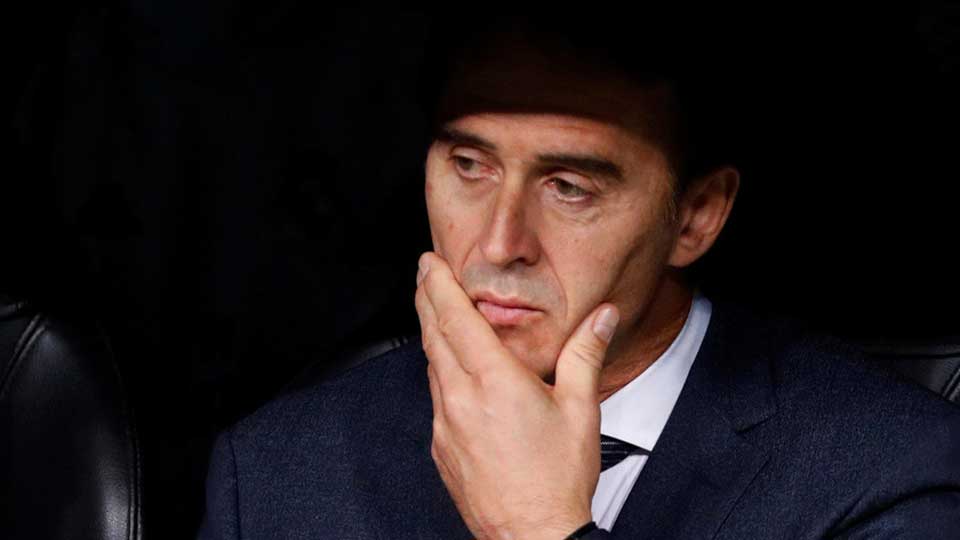 MADRID, Oct 30: Real Madrid have sacked manager Julen Lopetegui after suffering a humiliating defeat to Barcelona in a result which continued Real’s worst start to a season in nearly two decades.

Real confirmed Loptegui had been sacked on Monday night, a day after the team went down to a 5-1 defeat to arch rivals Barca at Camp Nou.

Lopetegui will be "provisionally replaced" by former Real player Santiago Solari, who is manager of the club's B team.

Lopetegui's dismissal was widely expected following Sunday's embarrassing defeat at the hands of Barca, which capped an abysmal reign for the former Spanish national team coach, who took over from Zinedine Zidane in controversial circumstances in the summer.

Lopetegui was named Real boss in June while still manager of Spain, just days before the team was due to open its World Cup campaign in Russia.

The announcement prompted Lopetegui’s dismissal from the Spain job, and his tenure at Real has lasted little over four months, his fate sealed by the dismal defeat at Barca which leaves the team ninth in the La Liga table, seven points behind their Catalan rivals after 10 games played.

While Zidane’s shoes would always be tough to fill – with the Frenchman a club legend as a player and manager, having led them to three successive Champions League titles in the last three years as coach – Lopetegui rarely even hinted at reaching the heights expected from the Madrid fans or hierarchy.

His short-lived reign saw the team set an unwanted record for the longest stretch without scoring – 465 minutes – while they suffered a string of unexpected defeats, including a 1-0 Champions League loss to CSKA Moscow in the Russian capital.

Ultimately, however, it was the abject El Clasico defeat to Barca which sealed Lopetegui’s fate.

MADRID, Aug 13: Real Madrid have spent more than 300 million euros on new recruits but they head into the new... Read More...