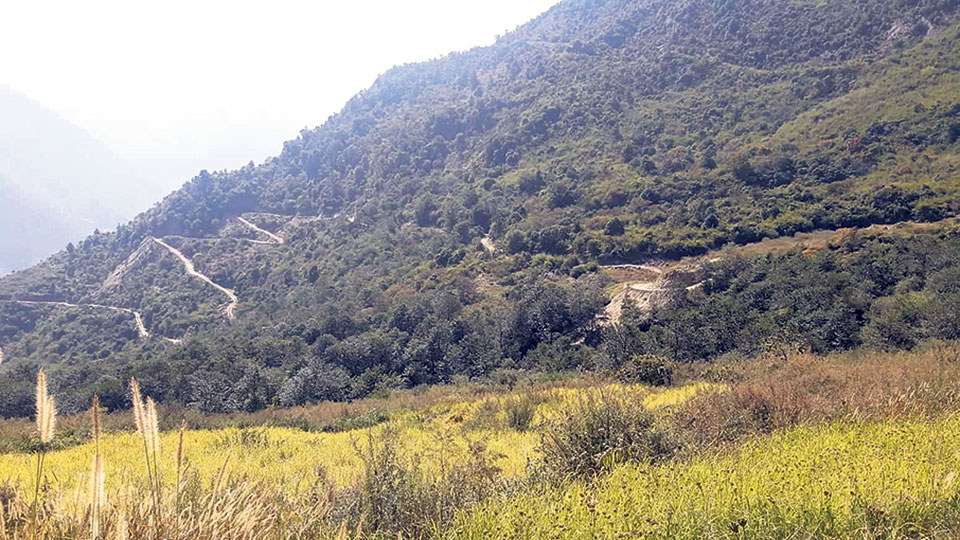 DHUNCHE, Dec 13: Rasuwagadhi Hydropower Project, which is in under construction at Timure in Gosaikunda Rural Municipality-2, has completed construction of an 11-kilometer road to Thuman village.

The road is a part of the project to build road access to all villages affected by the Rasuwagadhi Hydropower Project. The project had set a target of building 18 kilometers of road in Thuman, Dahal Phedi and Mendo villages. Construction work on the five-kilometer road section to Dahal Phedi and another two-kilometer section to Mendo have begun, according to Tej Saud, an information officer for the Rasuwagadhi Hydropower Project.

“We are implementing infrastructure projects based on the demand and needs of locals in the project affected villages,” Saud said, adding: “These works come under our Corporate Social Responsibility (CSR).”

Timure and Thuman are the villages affected by the project. Furthermore, the project has also built a garbage dumping side and purchased a tractor for garbage management in these villages.

70 Percent of Works Completed
Nearly 70 percent of works of Rasuwagadhi Hydropower Project has been completed so far.

Construction work of the project began in 2013.

According to Project Chief Chhabi Gaire, work on the headrace tunnel, powerhouse and tailrace are going on in full swing.

The project has targeted to generate electricity from all three units from December next year. It will generate 613.87 GWh of electricity annually and earn Rs 12.5 million per day.

Though the project was initially targeted to be completed completely by August 2017, construction work was affected by the 2015 earthquakes and Indian blockade, according to Gaire. “Similarly, landslides triggered by the earthquake affected our construction site. Also, Chinese contractor halted all construction work for four months,” he added.

Mudbari and JC Company is building the transmission line.

POKHARA, Nov 26: As the clock ticks to the start of the 13th South Asian Games (SAG), it still remains uncertain... Read More...

PYUTHAN, Feb 11: Jhimruk Rural Municipality has allocated Rs 5 million from its current budget for the construction of roads in... Read More...