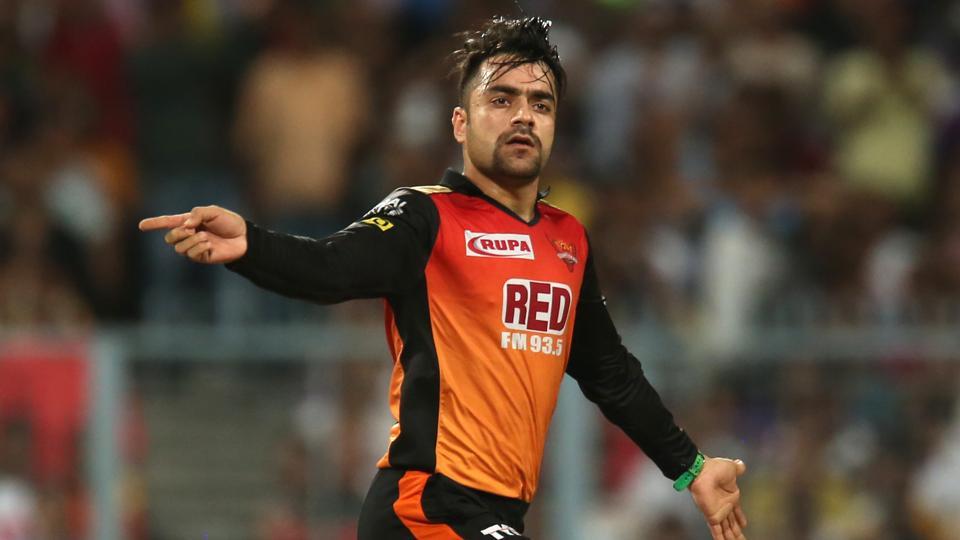 Rashid Khan has impressed one and all with his skills in Indian Premier League 2018 (IPL 2018).

His performances on the cricket field has now earned the highest praise for batting legend Sachin Tendulkar who said that the Afghan spinner is the best in the world in Twenty20s.

“Always felt @rashidkhan_19 was a good spinner but now I wouldn’t hesitate in saying he is the best spinner in the world in this format. Mind you, he’s got some batting skills as well. Great guy,” tweeted Tendulkar.

Rashid’s variation with the bowling is the one of the main reasons why Sunrisers Hyderabad topped the points table at the close of the league phase of IPL 2018.

The leg-spinner is the second highest wicket-taker of the T20 tournament with 21 scalps, only behind Kings XI Punjab’s Andrew Tye.

Tendulkar was also full of praise for Rashid’s batting after the 19-year-old’s cameo with the bat took Sunrisers Hyderabad to 174/7 in Qualifier 2. The Afghan smashed 34 off 10 balls which included two boundaries and four sixes at the Eden Gardens in Kolkata.

Rashid’s 3/19 from four overs helped Sunrisers Hyderabad beat Kolkata Knight Riders by 14 runs at the Eden Gardens in Kolkata and enter the final.

“It was much-needed for me, wanted to give my 100 percent in all departments. Focus was to just believe in my skills. I was happy with the batting, it was needed in the end. I started my career as a batsman, I believe in my skills and wanted to finish off well. I just tried to pick the lengths, the focus was to play straight. That was the plan from the senior players,” said the tweaker, who was named Man-of-the-Match for his all-round performance.

“Fielding is one department where you can’t make excuses, compared to last year, I’ve worked really hard on my fielding. If I can’t contribute with bat or ball, I’m always looking forward to contribute on the field. Modern cricket demands that. I’m working hard on that.”

Sunrisers Hyderabad will take on Chennai Super Kings in the final on Sunday.

Best of both worlds

They call it transitional style. The marriage between traditional Nepali and modern interior results in elegant and enduring designs and... Read More...

Earlier it had been reported that Karan Johar would be launching Saif Ali Khan’s daughter Sara Ali Khan in a... Read More...

Imported chemical fertilizers being supplied to districts
10 minutes ago