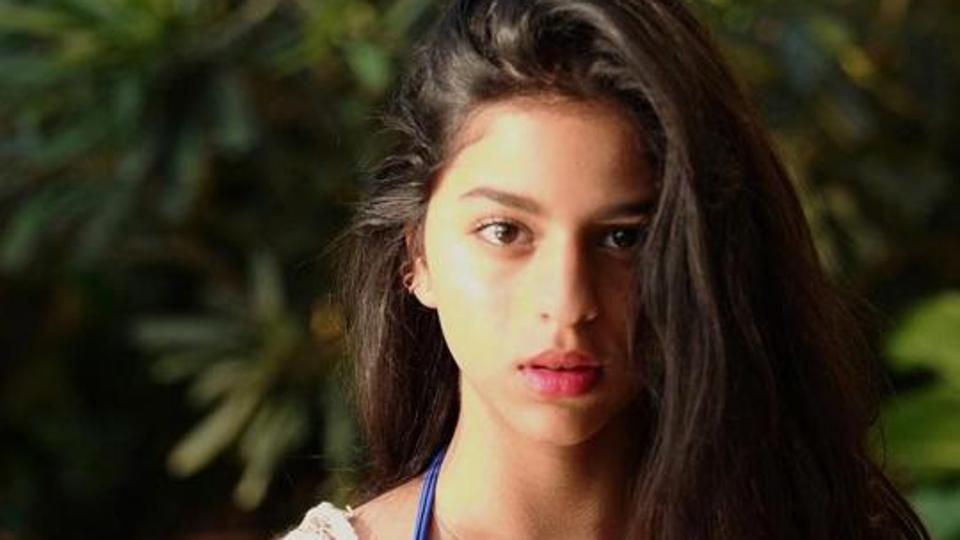 If anyone had doubts that Suhana Khan, the petite daughter of Bollywood superstar Shah Rukh Khan and his glamourous interior designer wife Gauri, is being groomed for a Bollywood launch, then revise your opinion. Suhana recently shot for Vogue India and is on the cover of the magazine, where she has been presented in a hyper glamourous avatar. The cover was launched by SRK himself at an event on Tuesday evening.

Suhana may be all of 18 but she is truly ready for Bollywood as her photos in the magazine prove. Dad Shah Rukh had a lovely message for Suhana and wrote on Twitter with a photo of him holding the magazine, “Holding her in my arms again thanks to Vogue. ‘What imperfect carriers of love we are...” except when it comes to our children. So sending u all my love & a big hug. Hello Suhana Khan!”

Not just the ‘father of the girl’ but her mother Gauri too is contributing too. She shared a picture and a video from Suhana’s magazine shoot, saying: “Thank you @VOGUEIndia for Suhana’s shoot... Photographed by: @Errikos_Andreou Styled by: @Anaita_Adajania Hair: @YianniTsapatori.”

In the video and the photos, we witness an ultra sultry Suhana. The shimmery and shiny clothes, the makeup, the flowing hair, tossed around like a diva, make for a fetching image. However, also noticeable is childlike tilt of her face. Some genes, some tutoring and a whole lot of observation from childhood contribute to the development of Suhana’s glamourous image.

Aside from this shoot, the family of Bollywood’s bahshah has been posting images of their daughter for a while now. Be it their family vacations abroad or as part of Mumbai’s social life, Suhana’s pictures always make heads turn. Some of pictures of the family, particularly, those featuring little AbRam are absolutely adorable. What was difficult to ignore was how every member of this family seems to have a sense of glamour and certain flair. Coming back to Suhana, apparently the lady has always shown a keen interest in acting too and has been active in her school plays.

Talking about Suhana’s Bollywood career, Shah Rukh has always said that it will happen in due time after she completed her education. Suhana will graduate from school soon.

NEW YORK, Aug 12: Bollywood actor Shah Rukh Khan was again detained at a US airport for questioning by the... Read More...