Rani Jamara Kulariya irrigation project yet to come into operation 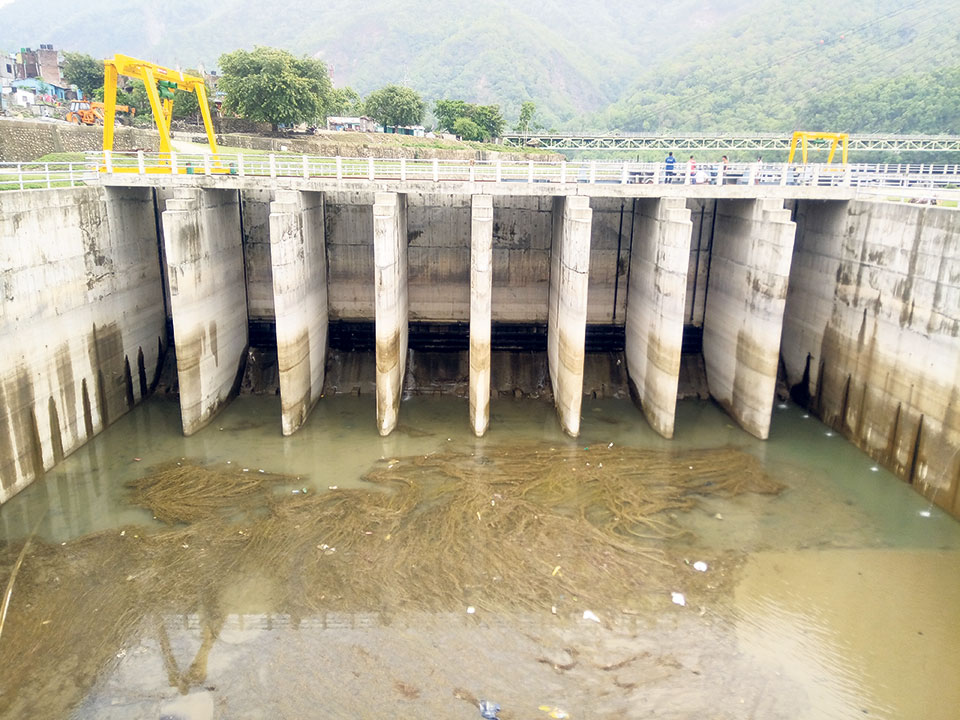 TIKAPUR, July 18: At a press conference organized on Tuesday, Minister for Energy, Water Resources, and Irrigation Barsha Man Pun stated that Rani Jamara Kulariya Irrigation Project based in the far-western district of Kailali has come into operation. But reports from the field refute the minister's claim.

The minister had said that three out of the eight gates of the project's intake were in operation.

However, neither the gates are operational, nor any water has flowed through the canals. As a result, irrigation on 14,000 hectare land is being done in traditional way.

"The canal has not been operated," said Kumar Raj Shahi, chairman of the canal irrigation system.

“Maybe the minister meant to say that the canal will come into operation later,” said Project Chief Madhukar Rana. He said that construction of the intake was partly completed in the Fiscal Year 2013/14, and now regulating equipment has been connected to three gates. It is said that the equipment will open and close the door according to the need.

Rana said that the equipment is being connected to the remaining five gates as well.

There is a water reservoir in the project, from which water was sent to the canals for test. The minister was possibly referring to the test as the operation of the canals.

In the main intake, all the gates are closed. Until the construction of the canals is complete, they cannot be opened.

“We cannot open the gates now,” Rana said. “On the one hand, the flow of water is high and on the other hand, the construction of canal has not been completed."

Rana further added that until the works of both the power house and the canals were completed, water could not be flowed from the main intake.

500 projects stranded in lack of budget

REPUBLICA DISTRICT BUREAU, Dec 16: It has been five months since the Nakdariya Irrigation Project at Mayadevi Rural Municipality in... Read More...

SAPTARI, April 8: The first irrigation system, Chandra Irrigation System, was established by the Rana regime in 1920s. The then Rana... Read More...