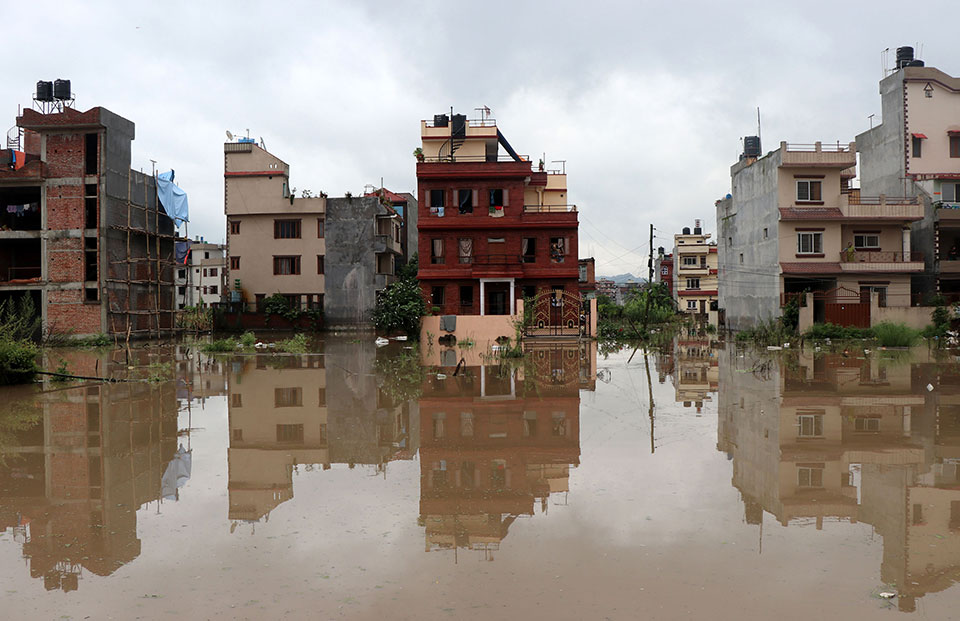 BHAKTAPUR, Aug 5: Heavy rainfall occurred throughout last night has inundated the settlements of Radhe Radhe and Sallaghari area of Bhaktapur today too. The rains triggered flood in the local Hanumante River, which wreaked havoc in the settlements.

Even the swollen streams as Dhungre and Khasyang Khusung contributed to the flooding, inundating some 70 houses of Radhe Radhe area. The people in this area have not been able to leave their homes owing to the inundation. The houses were waterlogged since 4:00 am. The food grains and other stuffs in the ground floor are all soaked.

However, police helped people to take away the goods and rescue the needy people from the flooded houses since early morning.

With this, the school children have now missed the class, while the job holders failed to attend the office.

Area around the Hanumante Bridge along the Araniko highway is sunken. 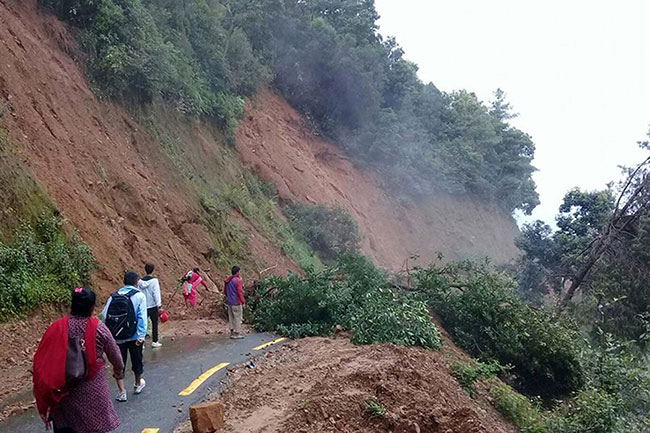 Earlier, the Madhyapur Thimi area was inundated on July 12. RSS 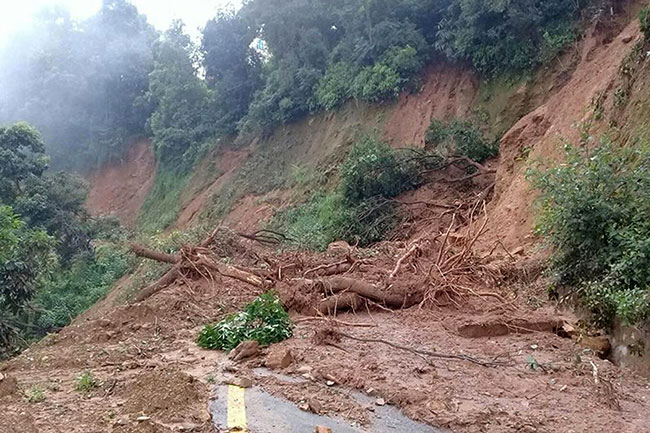 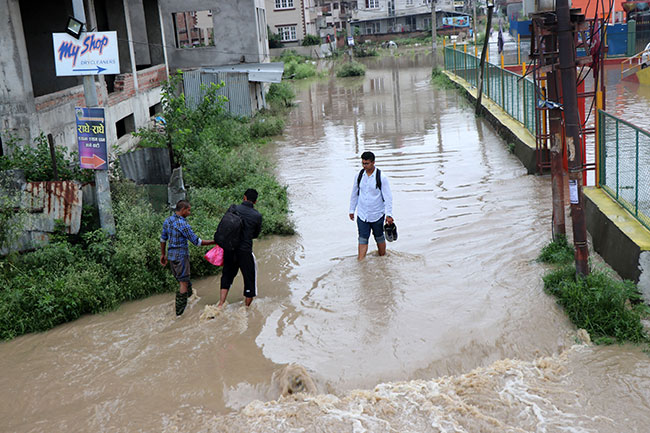 BHAKTAPUR, July 12: Three people who were staying in a temporary shelter at Changunarayan municipality, Bagishwori-07 have died due to... Read More...

BHAKTAPUR, June 3: Family and relatives of Deepak Khyaju of Nikosera of Madhyapur Thimi Municipality-9 in Bhaktapur who was killed... Read More...