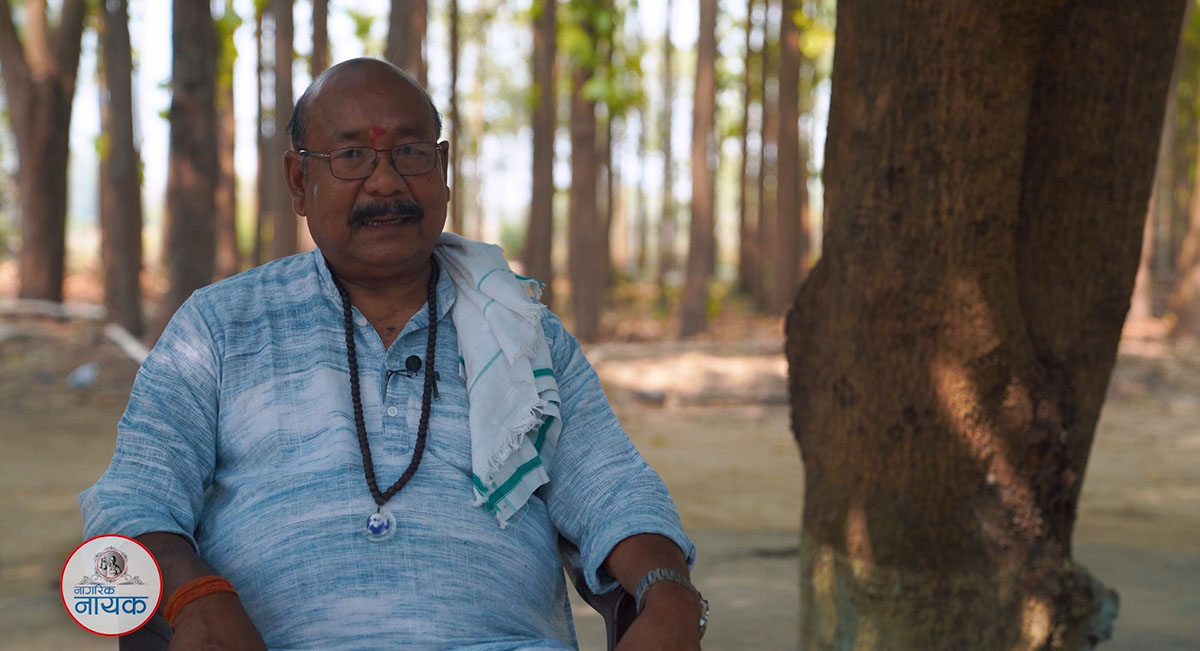 LAHAN: After learning about the alarming situation of blindness in Nepal, the Christian Blind Mission (CBM), Germany, showed interest in addressing this chronic problem in the Himalayan nation. The CBM came to Nepal in December 1982 and signed an agreement with the Social Welfare Council to start working under Nepal Netra Jyoti Sangh to eradicate blindness, with its base in the erstwhile Sagarmatha Zone.

The CBM's Representative Dr Albrecht Hening started providing treatment to people who had lost eyesight by establishing a separate ward at the Ram Prasad Sharada Uma Prasad Murarka Memorial Hospital in Lahan. The 10-bed eye ward in the hospital, however, proved congested as the flow of patients increased significantly.

A separate hospital for eye-related problems was deemed extremely urgent. But acquiring land and other resources for the establishment of the hospital was a challenging task. The mission to eradicate blindness in the country was on the verge of closure as no one was ready to provide land for the establishment of a hospital. Equally important was the arrangement for the financial resources to keep the hospital running. The German team was likely to wrap up its mission from the area where blindness was a chronic problem.

There were a large number of people who had hundreds of bighas of land. But there were hardly anyone who were ready to provide land for the establishment of the hospital. A local philanthropist Rabindra Lal Chaudhary was aware of the chronic health issue of blindness. He was personally worried to learn that CBM was wrapping up its Nepal mission.

Dr Hening held a meeting with Chaudhary as the last resort to continue the mission. After hearing about the vision and plan of Dr Hening, Chaudhary made up his mind to provide the land necessary for the establishment of the hospital. In addition to the land, Chaudhary also extended various other supports to continue the mission in the years that followed. Recognizing his selfless contribution, Nepal Netra Jyoti Sangh has felicitated Chaudhary as its Province 2 Coordinator. Also serving as the chairman of Sagarmatha Choudhary Eye Hospital, Chaudhary is continuously involved in selfless social services.

Chaudhary has donated 29.5 bighas of land to the hospital on behalf of his family. Of the total land, the hospital built in 1983 spreads in seven bighas of the land. And the remaining 22 bighas of land donated by the Chaudhary family in the Hardiya area - some seven kilometers north-east of Lahan - has been used to generate necessary financial resources for the operation of the hospital. The hospital receives revenue from agricultural products and fruit gardens developed in the land.

According to a national survey conducted some 27 years ago, a total of 117,623 people were completely blind in Nepal. Around 94,000 of them could be given eyesight again through medical treatment. Similarly, 233,612 people suffered from various eye-related diseases in one of their eyes. The number of people suffering from eye problems either in one or both eyes stood at 3.5 million during that time. Of them, 72 percent i.e. nearly 80,000 people had lost their eyesight due to cataract.

The national survey also showed that as many as 16,000 people with cataract problems would increase each year in Nepal's plain districts. The number was comparatively higher than the number of people suffering from the cataract in other parts of the country. What inspired Chaudhary to work for the cause of eye-related diseases was that they could regain their eyesight if proper treatment was given to them on time.

Establishing a well-equipped hospital in Lahan - then a small town far away from the capital city, Kathmandu - was difficult. What was more challenging was to retain expert doctors for a long time. But Chaudhary proved not only the key donor for the establishment of the hospital but also a good manager to run the hospital efficiently. Local social activist Bishwa Nath Mahato argues that Chaudhary’s selfless service and his ability to work as a problem-solver has been the key to the success of the hospital in Lahan. The hospital now stands as a pride not just for Lahan but for the whole country.

The eye hospital in Lahan was awarded with the Antonio Champalimaud Vision Award 2013 for its contribution in the field of eradicating blindness in the region. Chaudhary, who helped greatly in the hospital’s success, has also been felicitated by Nepal Netra Jyoti Sangh.

The Sagarmatha Choudhary Eye Hospital provides treatment for various eye-related diseases such as cataract surgery, amniotic membrane transplant, retina, glaucoma, pediatric, low vision, cornea, contact lens service, among others. According to the hospital’s administration, the ‘fish hook’ technology introduced by Dr Albrecht Hening to perform cataract surgery is new and exemplary for ophthalmologists around the world.

A large number of doctors from both Nepal and abroad visit the hospital every year. "This is not an ordinary record," said Drona Guragain of Nepal Netra Jyoti Singh. "The hospital has helped to enhance the image of Nepal in the field of eye treatment across the world."

Recalling the past, Chaudhary says that the hospital would not have come into existence in the first place if he had not donated the land. "Thousands of people would have been forced to live in darkness if this hospital had not come into existence," he says. "I feel extremely happy to see a large number of people becoming able to see the world with the small contribution we could make for its establishment." The blessings people regaining their eyesight give us is one of my biggest assets.

The Sagarmatha Choudhary Eye Hospital has already provided treatment to 10 million people with eyesight problems since its establishment 38 years ago. Those visiting the hospital for treatment are not only from Nepal but also from India. In addition to the regular services, the hospital has also been running mobile treatment camps in various places in Siraha, Mirchaiya, Malangawa, Gaighat, Katari, Diktel, Halesi, Bardibas, Jaleshwar, Rajbiraj, Dhanushadham, Lalbandi, Khalte area in Sindhuli and Kanchanpur. Eye surgery services are available in Rajbiraj, Bardibas, Malangawa and Jaleshwar as well. According to the manager of the hospital, Abhishek Roshan, a 70-bed hospital established in Malangawa has recently come into operation to provide regular surgical services.

The hospital adheres to the value that treatment should be guided by the spirit of service. The hospital provides free of cost service to those unable to afford the treatment cost. The hospital also provides food, lodging, and transportation costs to the poor who reach the hospital for treatment. "We established the hospital with the main objective of eradicating blindness in the country. We believe that no one should be deprived of treatment just because they do not have money," says Chaudhary.

KATHMANDU, April 24: Rabindra Lal Chaudhary was named as Nagarik Nayak 2021 on the occasion of the 13th anniversary of... Read More...

KATHMANDU, April 24: Nepal Republic Media (NRM) is celebrating its 13th anniversary amid an event at the Kathmandu-based Yak and Yeti... Read More...