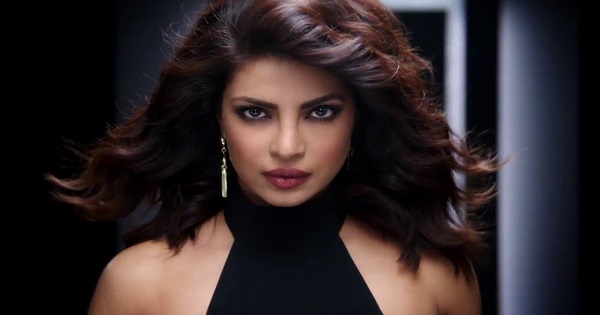 The fans of Priyanka Chopra aka Alex Parrish have been desperately awaiting the season two premiere of Quantico, across the globe. Call it PeeCee’s everyday increasing popularity or her immense screen presence, she has got so much love for the hit American show. And when its makers decided to go for another season of the show, we got the message that Priyanka is unstoppable now!

The Bollywood actress, who is fast turning into an international icon knows how to keep the audience hooked with her constant posts and behind the scene dope about her projects, be it Quantico or her Hollywood debut Baywatch. And she has used her Twitter handle one more time to tickle our curiosity buds, by sharing a teaser of the Quantico 2 premiere episode.


This may not be the first look we got for the second season of Quantico, but it certainly reveals a lot more about what’s to come.

The short, 30-second teaser revealed by the lead star of the show – Priyanka Chopra – on Monday, has her running around, punching masked terrorists in the face and getting floored by Ryan’s proposal.

Yes, looks like the wedding bells will ring for Alex this season which is not the only big change she is going to witness in her life. Alex is also going to join CIA after getting kicked out of FBI and hunt for the terrorists that take the President of the United States and the First Lady hostage.

The title for the first episode was also revealed: Kudove. Whatever that means. Some publications are assuming that this is Alex’s new codename at the CIA but we’ll wait for the episode to premiere on September 25.

From furious movie buffs shouting against the organizers to the audience walking out of the hall after experiencing numerous emotions... Read More...

MUMBAI, Sept 6: Priyanka Chopra has surpassed the heights of hotness in her recent Magazine shoot for GQ. ... Read More...