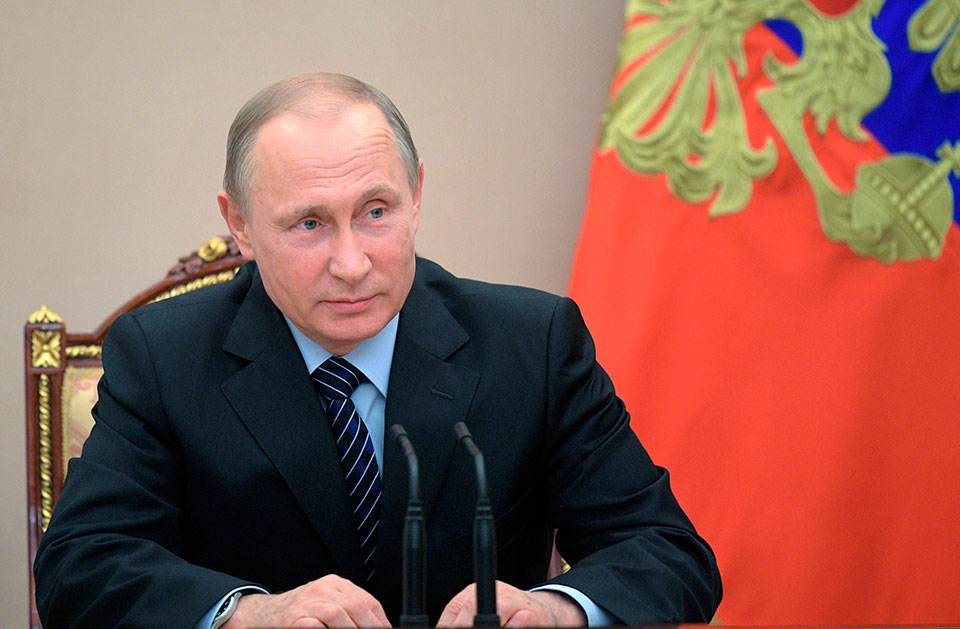 MOSCOW, Dec 23: Russian President Vladimir Putin has inaugurated a massive railway bridge to Crimea, which Russia annexed from Ukraine in 2014.

Putin rode a commuter train for Monday’s opening of the 19-kilometer (11.9-mile) bridge, which is the longest in Europe.

The $3.6-billion project is intended to bolster links between Russia and Crimea by increasing the transport of cargo and encouraging the flow of tourists.

Putin congratulated construction workers on completing the bridge, saying that “it has proven our ability to carry out large-scale infrastructure projects.”

Russia annexed Crimea in March 2014 on the grounds that the residents of the peninsula voted to join up with Russia. The move has met with widespread international censure, including U.S. and EU sanctions on Russia.

Ukraine has also blocked shipment of supplies via its territory to Crimea, and a ferry crossing from Russian Black Sea ports is often interrupted by gales.

Car traffic across a parallel bridge for cars across the Kerch Strait between the Black Sea and the Sea of Azov opened in May 2018.

While Russian President Vladimir Putin wants to be able to tout Russian achievements in science and innovation, he also wants... Read More...