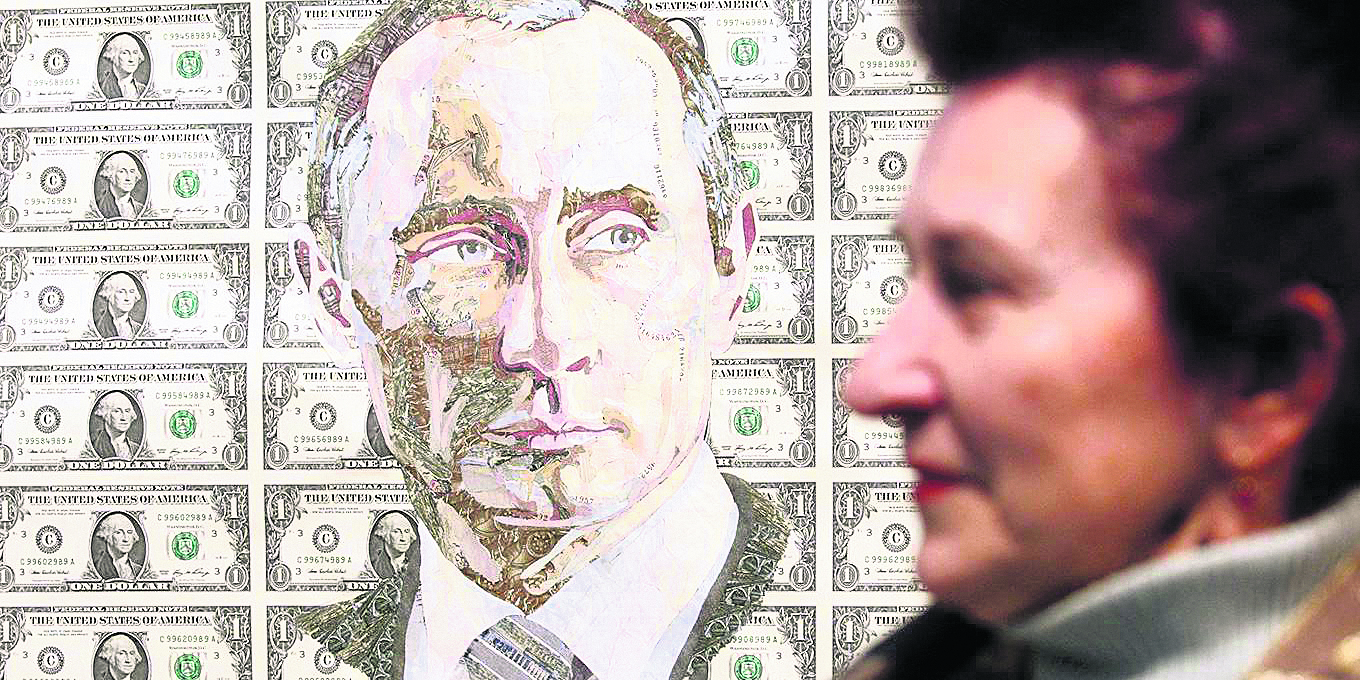 Nina L Khrushcheva is Professor of  International Affairs at The New School. Her latest book (with Jeffrey Tayler) is “In Putin’s Footsteps: Searching for the Soul of an Empire Across Russia’s Eleven Time Zones”
news@myrepublica.com

While Russian President Vladimir Putin wants to be able to tout Russian achievements in science and innovation, he also wants to enrich himself as much as possible

MOSCOW – In her 2014 book Putin’s Kleptocracy, the late Karen Dawisha argued that the key to understanding Vladimir Putin’s Russia is money. While Putin was selling stories to the public about restoring Russia’s global influence, she explained, he and a coterie of trusted cronies were amassing massive amounts of personal wealth. More than an authoritarian, nationalist, or revanchist, Putin, in her view, should be understood as a crook.

At the time, I disagreed: though money was undoubtedly important to understanding the Putin regime, the drive for global influence was not to be dismissed. But in the wake of the security forces’ raid on the Lebedev Physics Institute (FIAN) in Moscow last month, I have changed my mind.

For decades, FIAN has been at the frontier of Russian scientific and technological progress. It would thus seem that the institute is ideally suited to play a central role in advancing the strategic priorities that Putin himself identified in May 2018: science, technological innovation, and export-oriented production.

And yet last month, Russian security forces descended on the institute, in order to find, detain, and question its director, Nikolai N. Kolachevsky, about a supposed plan by the company Trioptics, which rented offices in FIAN’s premises, to export a special type of optical window to Germany. Because the window has applications in space or military activities, the authorities claim, exporting it could undermine national security.

Why are Russia’s security apparatchiks taking actions that contradict the Kremlin’s stated policy goals? Some argue that they have simply escaped Putin’s control. For 20 years, Putin has been installing his former KGB colleagues and friends into powerful positions in Russia’s security and military apparatus. These so-called siloviki, or strongmen, could have accrued so much power that they do what they please, even if it means undermining Putin’s efforts to put Russia on the road to progress.

This is possible, but not likely. A more plausible explanation is that Putin himself is conflicted. While he wants to be able to tout Russian achievements in science and innovation, he also wants to enrich himself as much as possible. And, as Dawisha observed, if he has to choose, money comes first.

With regard to FIAN, Putin’s financial interests seem to be linked to his daughter, Katerina Tikhonova, who directs Innopraktika, a scientific institute that receives state money. Innopraktika is affiliated with Moscow State University, whose rector, Viktor Sadovnichiy, has a long history of catering to those in power.

The institute’s work seems to center on devices that read brain activity. But it also apparently oversees all kinds of construction projects on a vast plot of land adjacent to the headquarters of the Federal Security Service (FSB)—the KGB’s successor organization—and the Federal Protective Service.

If we keep following the scientific-money trail, we arrive at the prestigious Russian Academy of Sciences (RAN), which held elections last week. After the organization’s 2013 elections, in which the Kremlin-backed candidates for membership did not perform well, the government announced major reforms, including a three-year moratorium on RAN elections.

It was then decided that, to ensure “fairness,” the government would approve all candidates, despite the fact that they are academics. The government then attempted to make Mikhail Kovalchuk—the physicist brother of Putin’s billionaire “personal banker,” Yuri Kovalchuk—RAN’s president in 2017.
But, despite all the machinations, the far more distinguished physicist Alexander Sergeev won the election. Although Sergeev had criticized the government’s RAN-reform efforts, as well as its broader control over scientific research – a major reason why young talent flees Russia—his international reputation was so great that Putin had little choice but to approve his candidacy.

The Kremlin did not do the same for Sergeev’s colleague, the well-regarded Alexei Khokhlov. Yet, in another blow to the government, Khokhlov later became RAN’s vice president.

This year, RAN members have continued to push back against the Kremlin’s agenda. Two months before the election, RAN’s anti-falsification commission named 56 candidates for membership as plagiarists or purveyors of pseudoscience. The government ruled that this should not disqualify them. (This stance is no surprise: Putin’s own doctoral dissertation was allegedly copied from a 1978 management textbook.) Ultimately, only six were disqualified.

RAN’s resistance is unacceptable to the Kremlin, as is the high standing of Khokhlov, who, having served as Moscow State University’s vice-rector until last year, is a likely successor to Sadovnichiy. If Khokhlov secures that position, the university may become less open to FSB-related construction projects, less supportive of the First Daughter’s institute, and less willing to hand out fake degrees to Kremlin cronies. The FIAN raid—which, Sergeev laments, further diminished the reputations of Russian scientists—may thus have been orchestrated to undermine him.

In discussing the raid, a journalist friend in Moscow deadpanned, “In Putin’s Russia, physics belongs to spies, history is written by Chekists, and geography by soldiers.” And, indeed, Sergei Naryshkin, Director of the Foreign Intelligence Service, is also president of the Russian Historical Society, and Defense Minister Sergei Shoigu leads the Russian Geographical Society.

Science is still putting up a fight. But, given the insatiable financial appetite of Putin and his inner circle, there is only so much Russia’s honest scientists can do—a message that the FIAN raid conveyed loud and clear. As a retired academic put it to me, “Whatever you say about the Soviet Union, knowledge mattered. Today’s Russia, despite its claims to be a ‘great country,’ resembles a small former colony, where every general in power wants to call himself a doctor of philosophy, just to increase his profits.”

Nina L Khrushcheva is Professor of International Affairs at The New School. Her latest book (with Jeffrey Tayler) is “In Putin’s Footsteps: Searching for the Soul of an Empire Across
Russia’s Eleven Time Zones”