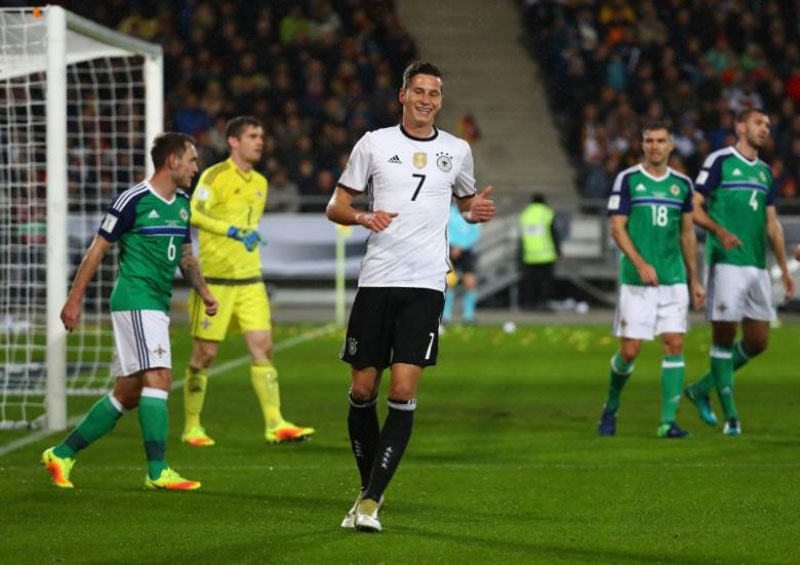 French champions Paris Saint Germain have agreed to sign Germany midfielder Julian Draxler from VfL Wolfsburg on a four-year deal subject to a medical, the Bundesliga club said on Saturday.

The 23-year-old, who has 27 caps, made 34 league appearances for Wolfsburg, scoring five goals, after joining from Schalke 04 in August 2015. No financial details were disclosed but French media said the deal was worth 36 million euros ($37.66 million).

"We've had some very intense but constructive discussions with Paris Saint-Germain, Julian Draxler and his management over the past few days and we're confident to have reached a satisfactory conclusion for all parties," said Wolfsburg sporting director Olaf Rebbe.

Draxler's signing will help strengthen PSG for the second half of the season following a tricky start to their Ligue 1 title defence. They are currently in third place, seven points behind league leaders Nice, after 18 games.

Wolfsburg head coach Valerien Ismael said on the club website (www.vfl-wolfsburg.de): "Of course I'm sad to see Julian go, because he's an outstanding footballer... I hope his move to France provides him with a fresh challenge."