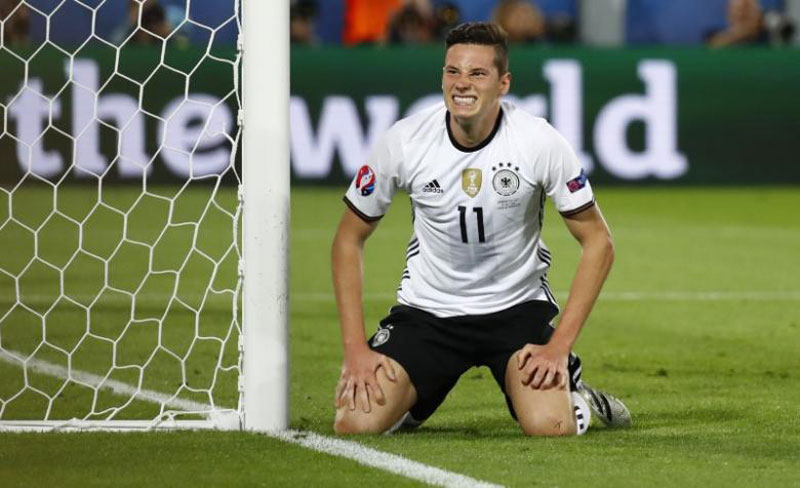 The 23-year-old was a member of the victorious Germany squad at the 2014 World Cup.

"For the first time in my career I will discover a new country, a new league and I am very proud to take this step in one of the best clubs in Europe," Draxler said in a club statement.

French media reported he is joining for a transfer fee of 36 million euros.

Draxler has been hailed as one of the best attacking midfielders of his generation but has struggled for consistency. He could make his PSG debut against Bastia in a French Cup last-64 game on Saturday.

Draxler was booed by Wolfsburg fans last month in a home Bundesliga defeat by Hertha Berlin after he reiterated his desire to leave the club.

He was dropped from the squad for the following fixture, a trip to Bayern Munich that ended in a 5-0 defeat.

PSG have endured a difficult start to the season, finishing second behind Arsenal in the Champions League group stage and sitting third in Ligue 1, five points behind leaders Nice midway through the campaign.

Seven arrested for trying to rob tourist
21 minutes ago