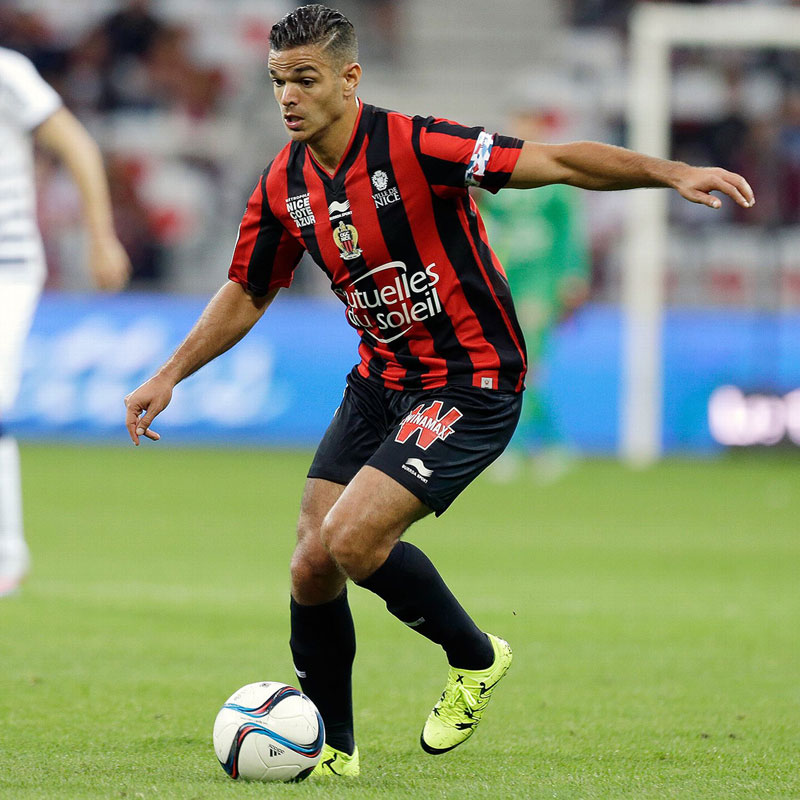 Ben Arfa's move follows the best season of his career. He scored 17 league goals last season, many of them spectacular solo goals, to help unheralded Nice finish in fourth place and secure a place in the Europa League.

Ben Arfa was among the nominees for the French league player of the season, and earned a recall to France, although he missed out on the European Championship.

"PSG has always had a special place in my heart and wearing the PSG shirt has been my dream since I was a child," said Ben Arfa, who grew up on the outskirts of Paris. "I'm honored that the club has given me the possibility to realize my dream. I will do everything to help my new club succeed and to make our fans proud."

He previously played for French clubs Lyon, Marseille, and for English sides Newcastle and Hull.

But following a bitter end to his career in England, he was unable to play for Nice when he joined last season, because he had also played in a reserve game for Newcastle before joining Hull on a brief loan spell, meaning he could not represent three clubs during one campaign.

Exasperated with his situation, Ben Arfa came close to retiring from the game before Nice coach Claude Puel persuaded him to stay.

He had a close relationship last season with Puel, who left the club on Thursday to take charge of English Premier League side Southampton.

"I wish to thank Nice for allowing me to enjoy my football again and to show French fans everything I can do on the pitch," said Ben Arfa, who has 15 caps for France.

A French woman has revealed she is in love with a robot and determined to marry it. ... Read More...