Province 1 budget criticized for being tarai-centric 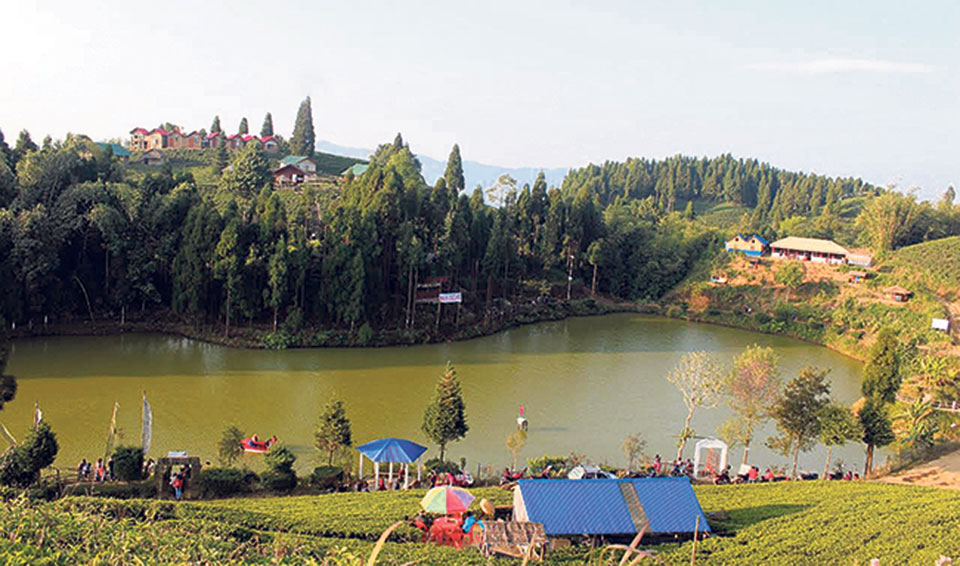 Antu Pokhari in Ilam in this recent picture. The provincial government’s budget has been criticized for allocating less budget to hilly and mountainous regions. Photo: Bhim Chapagain/Republica

ILAM, June 17: Stakeholders have accused the recently unveiled budget of Province 1 of being tarai-centric and of neglecting hilly and mountainous regions in the province. The province’s budget of Rs 35.9 billion, has been accused of neglecting those areas in terms of tourism, industrial development among others.

“Plans and policies announced in the budget have overshadowed development in hills and mountains. The budget has mostly focused on the development of the plains and therefore the budget is not proportionate,” said Deepak Nepal, president of FNCCI, Panchthar. “As larger part of the province is comprised of hills, the budget should have allocated greater chunk of the budget on its development. However, the budget has not considered this reality,” he added.

He claimed that such a budget that is not looking proportionate is discouraging for industrial and other sectors. While stating that distribution of the budget was made based on population of the region, he stated that authorities concerned should have reviewed it to make it inclusive.

“Policy makers should have understood that population is mobile. Population moves to zones, which has opportunities. Focusing projects on plains only gives continuity to migration to from hills and mountains to the lower lands,” Nepal said.

The government unveiled the budget while touting that “Province is the best among all provinces.”  Stating that the infrastructural development is key to the growth in all sectors, the government has claimed that it has allocated significant portion of the budget for it. However, experts and stakeholders are not that impressed with the announcement.

“They have termed it as the best budget of all provinces. But it is not so. They could have made it far more effective than this,” Nepal argued.

Udaya Rai, president of Sandakpur Rural Municipality agrees to his assertion. Rai argued that the government should have given more priority to the development of hills and mountains citing that these regions have been historically neglected. He said that due to the lack of proper roads and other facilities, people from these regions have been migrating to the plains over the years. The government has not taken this very fact in mind, he stated.

“Whether it is the central or the provincial government, they should first focus on developing the least developed regions. They should access if any area needs further development, the nature of development that they need and compare their needs and potentials with other regions in the provinces,” he said while stating that such thinking can only be expected from smart policy makers. He added that development of hills and mountains have always been the least priority of past governments and accused the provincial government of continuing the centralized practice.

“We saw such practices in the budget of past centralized governments. We were thinking that our provincial government would break away from the centralized mindset of the past governments. But it also continued almost the same trend,” Rai said. “Why the hills and mountains have always been a hard part to live in is because those parts have never received due attention of the government,” Rai stated.

The budget does not hold strength to develop the ‘rural’ areas of the hills and mountains any better, according to Rai.

The government’s budget is based 70 percent on population and 30 percent on geographical locations. Due to this, very less budget has reached rural municipalities of the hills and mountains, though those locations are least development in term of infrastructure. For instance, while the government has allocated over Rs nine billion for infrastructural development, very few of these projects are in hills and mountains.

“Except for few roads and bridges, there is no mention of developmental projects in the hilly areas. On the other hand, in the plains, almost all existing and new projects have been are going to get budget,” remarked Jas Bahadur Lungeli, assistant professor at Mahendra Ratna Multiple Campus. “Apparently, it looks like the government want to further develop the regions which are already developed and give no heed to the regions that have been historically neglected. This is not wise. This will not ensure holistic development,” he added.

He further stated that people of the rural areas in the hills and mountains are not going to be directly affected by budget. Even indirectly, they are going to be least benefitted.

“The budget has come on the basis of a very simple principle of economy. Prioritizing population is not bad, but they had to see what the province exactly required for achieving holistic development. There could be options to the model they chose,” Lungeni said.

According to him, better development in the plains will keep attracting people from the hills and mountains. This should not have happened. “If they are not going to balance budget distribution and projects, the earlier practice of migrating to plains from mountains and hills will continue. But is that what we want? Decentralization and even development should have been the spirit of the government, which has not been reflected in the budget,” he lamented.