Problems galore in export of medicinal herbs to India 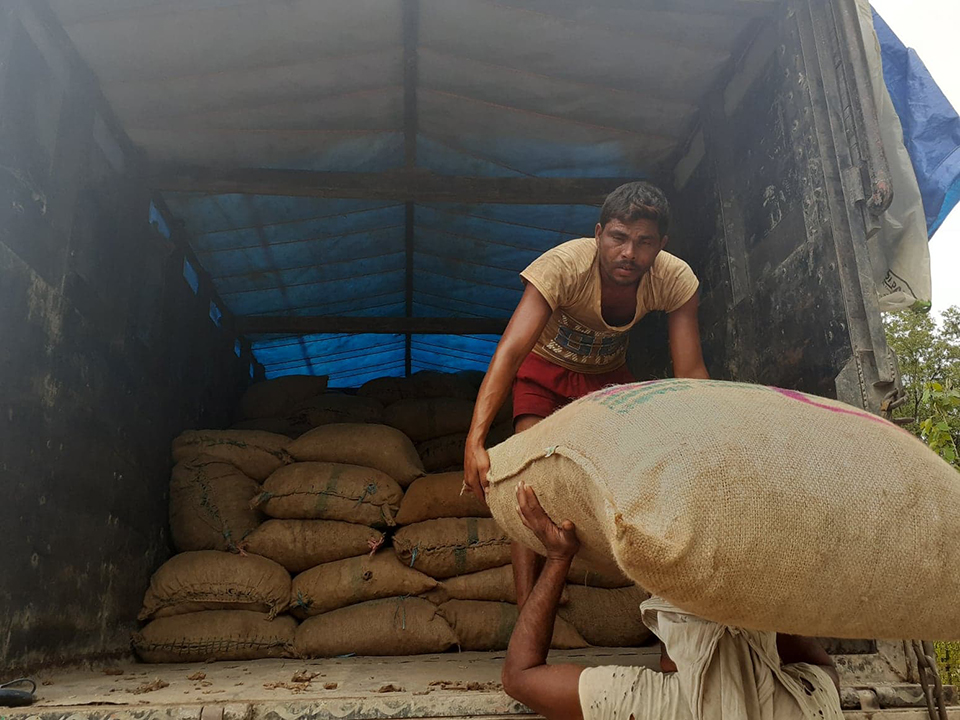 NEPALGUNJ, July 29: Exporters of medicinal herbs in Nepalgunj are facing problem because of 'impractical' rules imposed by the government agencies of Nepal and the mandatory transit permit provision brought by the Uttar Pradesh government of India.

Khalid Hussain Ansari, a herb exporter, said that exporters like him are facing difficulty in exporting medicinal herbs collected from different hilly and Himalayan districts. "Both the governments have created several hurdles because of which we have not been able to export medicinal herbs. These valued items are rotting fast, causing huge financial loss to us," Ansari added.

Lilraj Rokaya, a Dolpa-based trader of medicinal herbs, has been in the business for the past seven years. He collects herbs from high hilly areas and sells it to exporters in Nepalgunj. "Our business was already slowing down. As if it were not enough, the governments of Nepal and India have introduced impractical policies and rules," he said.

Rokaya said it takes nearly a month to procure export permit from Kathmandu. "Also it is very difficult to take consignment to customs for export formalities," he said, adding: "It took me 18 days to take the consignment from Dolpa to Nepalgunj," Rokaya, who had received 21-day export permit, told Republica.

"I had to change cargo vehicles eight to nine times to bring a consignment to Nepalgunj from Dolpa recently," he said, adding: "It cost me an additional Rs 80,000 to 90,000 in transportation cost."

He also said traders and exporters have to travel to Kathmandu every time to get export permits. "This shows the government's apathy toward us," Rokaya added.

It is very difficult to bring medicinal herbs collected in high Himalayan areas to Nepalgunj. "A frustrated trader recently threw 32 quintals of medicinal herbs in Bheri river," he said, adding: "Medicinal herbs can bring socio-economic changes in the entire Karnali region if the government is serious about promoting trade of these high-value plants."

The Uttar Pradesh government allows import of only 26 types of medicinal herbs from Nepal after it tightened quarantine rules. Earlier, it used to allow 80 types of herbs. Because of this new policy, medicinal herbs like Amala, Padamchal, Kurilo, Chiraito, Amalved, Atish, Shikakai and Kaladana collected by traders are not finding buyers. He said the Uttar Pradesh government introduced the provision in mid-October last year.

According to Nepal Herbs Traders Association, 5,000 tons of medicinal herbs are stored in different parts of Nepalgunj waiting to be exported to India. Mohammad Yakub Ansari, president of the association, said export of around 15,000 tons of medicinal herbs has been affected because of the tightening of quarantine rules by India. He also told Republica that the association had submitted a memorandum to Prime Minister KP Sharma Oli during the latter's recent visit to Nepalgunj

"Receiving the memorandum, Prime Minister Oli assured that he would raise the issue with India. However, the issue has not been resolved yet," he added.

Nepalgunj has evolved as a hub for herbs trade in recent years. Traders collect medicinal herbs form hilly and mountainous areas of Karnali and Sudurpashchim provinces, among others, and bring them to Nepalgunj for exports. According to exporters, 90 percent of medicinal herbs exported from Nepalgunj are consumed in India. Nepali medicinal herbs also reach to China, Germany, Pakistan and Bangladesh, among other countries.

KATHMANDU, Jan 26: President Bidya Devi Bhandari has congratulated the President of India Ram Nath Kovind on the occasion of the... Read More...