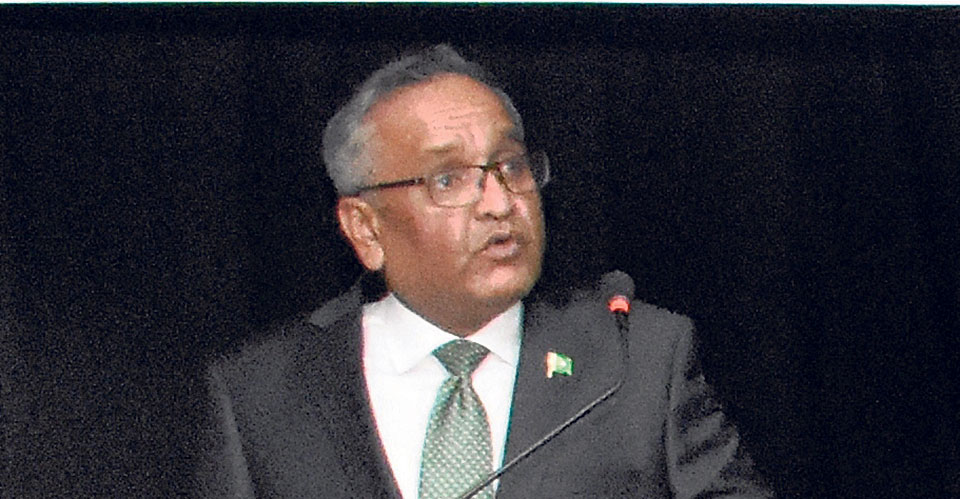 KATHMANDU, Feb 6: An interaction was organized in capital by the Pakistani embassy on Tuesday on the topic “Jammu and Kashmir dispute and regional stability”.

The function was well attended by representatives from various walks of life including parliamentarians, former ministers, academicians, media persons and civil society, read a statement issued by the embassy on Tuesday.

Speaking at the function organized to mark the 'Kashmir Solidarity Day' in the capital by the embassy, Pakistani Ambassador Mazhar Javed expressed deep concerns over the stalled process of the South Asian Association for Regional Cooperation (SAARC) due to Kashmir issue.

"The Kashmir issue has held the SAARC process hostage while threatening the peace and stability of the entire South Asia region," the envoy said adding that Pakistan will work to find solution by implementing consensus reached with India regarding Kashmir.

Ambassador stressed the need for implementation of the United Nations Security Council's resolutions on Kashmir dispute adopted in 1948.

Addressing the function senior journalist Rajan Karki, stressed the need for resolving the dispute for peace and stability in the region.

Similarly former Ambassador to Russia, Hiranaya Lal Shrestha highlighted the Kashmiri's right of self-determination and to resolve the dispute as per UN resolutions.