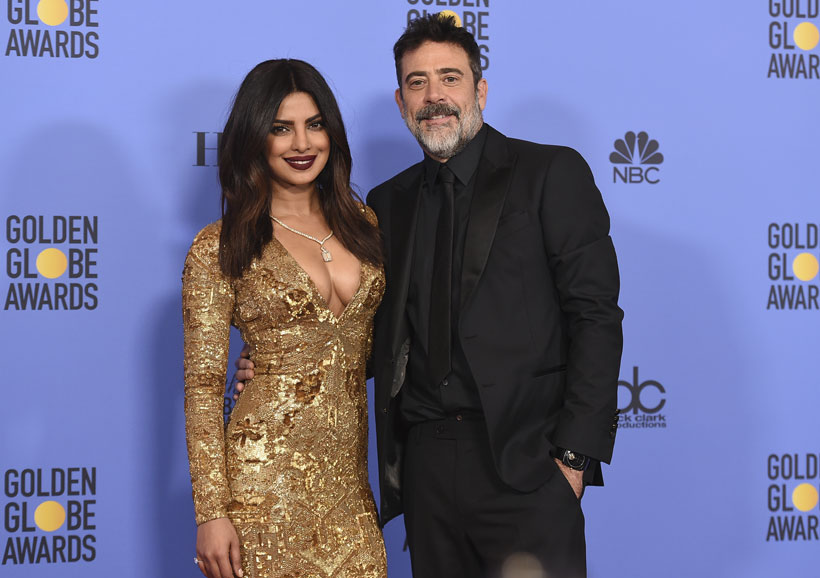 LOS ANGELES, Jan 9: Popular Bollywood actress Priyanka Chopra was joined by Hollywood actor Jeffrey Dean Morgan on stage of the 74th Golden Globe Awards to present the award for the Best Performance by an Actor in a Television Series - Drama.

The Golden Globe Awards were decided by the Hollywood Foreign Press Association.

The "Bajirao Mastani" star made stunning fashionable debuts at the red carpet of Oscars and Emmys in 2016.

Hosted by Jimmy Fallon, the Golden Globes 2017 is taking place at The Beverly Hilton in Beverly Hills, California.